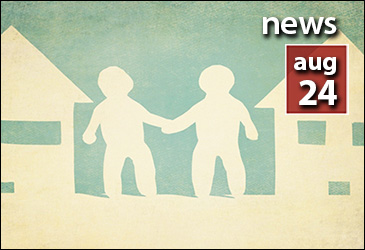 Much like neighborly quarrels, adversarial property laws have been around for ages. Accordingly, ancient lawmakers devised notions — such as deeds, boundary lines, and parcel numbers — to ensure owners and neighbors alike were apprised of property limits.

Avoiding disputes altogether is one of the easiest ways to avoid a nasty legal battle. A common scenario in disputes between neighbors involves one of nature’s most majestic beauties: trees.

It may sound too simple to be true, but many lawsuits have ensued when a tree — which may have started out as a wee sapling — evolves into a problematic and potentially dangerous behemoth straddling the boundary line. In this scenario, neighbors are encouraged to negotiate ownership in writing at the first sign the tree might become a problem.

One of the quickest ways to escalate a conflict is to try and trim a tree back to the property line, which can cause unnecessary damage. If the boundary line — and resulting tree ownership — is unclear, ordering a new survey of the property might be the best way to avoid problems before they start.

Water under the bridge

Another natural disaster waiting to happen involves ownership (i.e., the maintenance and upkeep) of water sources that straddle or create property lines. In these cases, working with a riparian rights attorney might be the best bet for reaching a solution, as water disputes can be extremely impactful, particularly if the water source is used for livestock or consumption.

For most people, however, disputes over fences and boundary lines are most common. These conflicts can easily be prevented with a little communication or help from a local surveyor. Assuming there are no interceding issues with the local homeowners’ association, a property owner can erect a fence on his property as he sees fit.

However, a property owner is generally advised against making an educated guess about legal boundary lines, as a slight misjudgment may end up requiring the fence to be relocated at his expense. Hire a surveyor to conclusively determine the exact boundary line, and always leave a reasonable buffer zone between the fence and that line.

Not every legal dispute is contentious in nature, and some disputes may be necessary to effect the proper legal transfer of property.

Imagine, for example, a parcel of land that has been passed down from one generation to the next for hundreds of years. Families often use quitclaim deeds to quickly pass on land and, as a result, may not bother with a survey or metes and bounds description for decades on end.

When it comes time to transfer this property to an outside buyer, he or she will likely insist on a survey, which may reveal that certain tracts actually belong to one side or the other, creating an instant dispute.

In this situation, hiring an experienced property lawyer might be prudent, as it may be possible to negotiate a new boundary line without court intervention.

If a legal dispute with a neighbor is unavoidable, be sure to rely on knowledgeable experts familiar with state and local property laws. Although it may seem pricey and unnecessary at the outset, working with a consultant familiar with tree law (yes, these exist!) or a riparian rights expert could help save valuable property rights in the future.

Think your neighborhood is too dignified for unseemly lawsuits and tree consultants? Think again. Historically, boundary line, nuisance, and property disputes have comprised a sizable portion of local courts’ equity dockets. Some of these disputes have reached epic proportions:

As you can see, even seemingly benign disputes with adjacent landowners can lead to disastrous conclusions. Take heed, and prepare to prevent conflict before it starts.

Are You Getting Better at Paying Your Mortgage?
Scroll to top