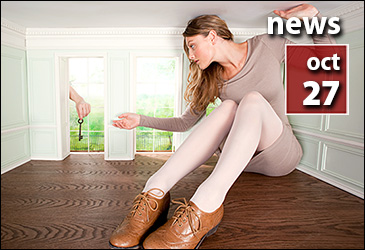 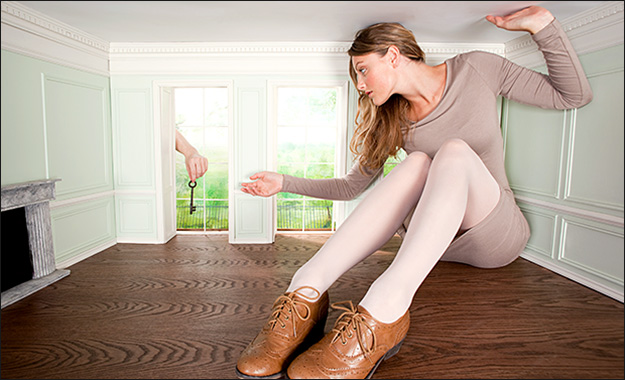 So it’s no wonder that in a recent survey of 2,000 homebuyers, a whopping 80% said they regretted at least one thing about their home.

The number one complaint: The home just isn’t big enough, mortgage information site HSH.com found. Others complained about a lack of closet space or that the place didn’t have enough bathrooms. Bad neighbors were also a problem, as was a substandard school system.

A lot of those issues could have been avoided.

Take Kenny Kline, who thought he got a bargain on a fifth floor walk-up apartment in Brooklyn, N.Y., last year. At $720,000, the two-bedroom seemed like a good deal in Brooklyn’s competitive real estate market.

But walking up and down the five flights of stairs grew tiresome quickly.

“I’m only 29 so I thought I could handle it, but trudging up those stairs multiple times a day with groceries, packages, furniture, whatever, has really taken its toll,” he said. “Then, I hurt my back. That made the epic journey up and down even more insufferable.”

He plans to “tough it out for at least another year,” he said, not wanting to repeat the moving process — and all of the costs involved — so soon.

Of course, some factors, like bad neighbors, can’t be anticipated. And some conditions change over time. Nearby property may be developed into a shopping mall or freeway, for instance.

For Amanda Haddaway and her husband, privacy became a big issue when they lived in their Frederick, Md., townhouse. They could look out their windows right into the units of neighbors, who could look into the Haddaway’s home just as easily.

The two also needed more space. When they had moved in together, the townhouse just couldn’t accommodate their combined stuff.

So they sold the home and built a big, new one on a six-acre lot in Woodsboro, Md.

“It’s definitely much more peaceful where we live now; our closest neighbors are a half mile away,” said Haddaway. “And we’ve been able to get rid of our storage unit.”

Freelance writer Lauren Bowling bought a house in Atlanta in July 2013 when she was still with her fiancé. But three months later, they broke up.

“I don’t hate my house but, as a single woman, it is way more space, upkeep and energy than I need right now,” she said.

She intends to keep it for a while since she’d like to try to recoup some of the money she spent on the purchase and renovations.

To keep you from buying a home you’ll regret, Brendon DiSimone, a New York-based real estate broker and author of Next Generation Real Estate, offers up these tips.

Don’t give in on your core requirements. If you know that having three bathrooms is important for your happiness but the house only has two, keep shopping.

Don’t let yourself fall in love with a home that doesn’t match your needs. Regret may not set in immediately but when it does, the fix, like adding a bathroom, might cost you plenty.

Don’t cave in to a partner or spouse. If you believe you will be unhappy in the new house, don’t let your wife of husband talk you into buying it. It will only cause resentment.

Know your give-in points. Everyone house hunts with a wish list, but there are some items that can be compromised. Tiny kitchens might be a deal breaker if you are an avid cook but maybe you can live without a den.

Don’t get caught up in the heat of the moment. Overpaying is one of the biggest sources of remorse, especially if buyers get involved in a bidding war. Bidding against other buyers can be exciting and entice homebuyers to throw their budgets out the window. But sometimes, it becomes more about winning than how much the house is worth to you.

“Ask yourself, ‘Do I really want the house or do I want to beat somebody else out?'” he said.

Don’t lose your edge. Once a shopper makes the decision to purchase a home, they sometimes overlook major issues. If the inspector finds dry rot in the joists or the appraisal comes in much lower than the sale price, stand your ground: either pull out of the deal or get the seller to lower the price to reflect the cost of the repairs.

Do your research. These days, there’s a ton of information available on the web that can help you in your search for a new home. Sites like Trulia and Zillow offer all sorts of stats on the quality of school systems, walkability and access to restaurants, as well as crime, that will help you assess whether a neighborhood or area is right for you.

A Guide to Investing in Real Estate
Scroll to top