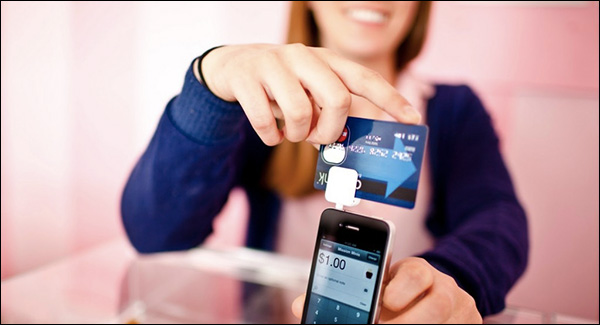 The fourth-quarter increase in household debt is a positive sign that families are boosting their borrowing as they feel more secure in their jobs.

Families boosted their borrowing late last year at the fastest pace since the global financial crisis, a sign that Americans are gradually reopening their wallets as they feel more secure in their jobs.

Household debt jumped $241 billion to $11.5 trillion in the fourth quarter, the biggest increase since the third quarter of 2007, according to data released Tuesday by the Federal Reserve Bank of New York.

“This quarter is the first time since before the Great Recession that household debt has increased over its year-ago levels, suggesting that after a long period of de-leveraging, households are borrowing again,” said Wilbert van der Klaauw, an economist at the New York Fed.

The pickup in debt was a welcome development after a string of disappointing economic reports in the last few weeks.

After several years of languid growth, experts predicted, the U.S. economy would finally hit the sort of cruising speed in 2014 that has been typical in past recoveries.

But job growth, auto sales and industrial production all have been disappointing lately. A trade group said Tuesday that an index of home-builder confidence suffered its worst drubbing last month since the gauge was created nearly 30 years ago.

The weak data are partly the result of the frigid temperatures draping much of the Midwest and East Coast. But economists still worried that economic progress would remain spasmodic for another year.

Recent data on household debt figures relieved some of that fear. Consumers’ increased borrowing should translate to improved spending when the snow and ice melt, experts say.

“The fact that people are borrowing more is a positive sign that they have more confidence in the economy and their jobs,” said Gary Thayer, an economist at Wells Fargo Advisors in St. Louis. “They’re starting to buy homes and cars again. These are good things for the economy.”

“Who goes to look for a home or walks into a dealership in this weather?” said Diane Swonk, chief economist at Mesirow Financial in Chicago. “Once the weather warms up, so will the economy.”

Of course, not all businesses can recoup sales lost to inclement conditions.

“If you don’t go out to a restaurant, it doesn’t mean you’ll eat twice as many hamburgers when you go out to eat the next month,” said Chris Christopher, an economist at IHS Economics.

There are still plenty of signs pointing to the fragility of consumer habits.

The $241-billion rise in household borrowing was paced by a $152-billion pickup in mortgage debt. But that stemmed largely from a decline in foreclosures rather than a surge in home sales.

Mortgage originations fell $97 billion to $452 billion at the end of the year as home buyers pulled back in the face of higher interest rates. Student-loan debt continued to barrel higher, ballooning $53 billion in the fourth quarter to $1.1 trillion.

The $11.5 trillion in current household borrowing remains 9.1% below its pre-crisis peak of $12.7 trillion.

Other data Tuesday underscored the financial strains on working people.

Barely half the U.S. population has more in emergency savings than in credit card debt, according to a poll by financial website Bankrate.com.

Only 51% of respondents said they have more in a rainy-day fund than in credit card debt. That’s the lowest level since the financial research firm began its survey in 2011.

Of those polled, 28% said they owe more on their cards than they have in savings. An additional 17% said they have no credit card debt but no emergency fund either.

People between the ages of 30 and 64 are most likely to have more debt than emergency savings, according to the survey. Those are prime working years, when people are most likely to need a rainy-day reserve to cover an unexpected job loss or financial setback.

“This is a reflection of the stagnant incomes, long-term unemployment and high household expenses that are hampering the financial progress of many Americans,” said Greg McBride, Bankrate.com’s chief financial analyst.