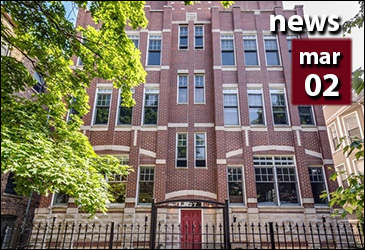 One out of every four homes sold in the Chicago area in 2016 went to buyers who don’t plan to live in the property, a phenomenon that sneaked up on almost everybody.

Just over 26 percent of the homes sold in 2016 in the metropolitan area went to small investors, according to figures Attom Data Solutions compiled exclusively for Crain’s. The figure is up from 10 percent a decade earlier. The buyers include those who plan to rent the properties to tenants, rehab them for resale or use them as second homes.

Small investors are a different crowd from the big institutional investors that were hoovering up distressed properties by the thousands a few years ago. In Attom’s definition, small investors own up to 100 properties, but in the Chicago area, about three-quarters of the buyers own just one or two, according to Daren Blomquist, senior vice president at Attom.

“This is something we haven’t seen in about 50 years, this level of small-investor ownership of the housing stock,” Blomquist said. Nationwide, 33.7 percent of last year’s home sales were to small investors, Attom’s data show. That’s up from 21.6 percent a decade ago.

Institutional buyers picked up 3 percent of the Chicago-area homes sold in 2016. Combined with small investors’ buys, that makes 29.1 percent of sales going to non-resident buyers.

Small investors “have seen the flipping shows (on television), they’ve seen rental rates going up faster than purchase prices, and they think they can make a good return versus putting money in the stock market,” said Karen Schwartz, a Dream Town Realty agent. She was involved in four purchases by small investors last year—representing the buyers in two and the sellers in the other two—and said she has “about 10” current clients looking to make similar buys.

Other factors drawing small investors into real estate are still-low interest rates and home prices that are rising slowly relative to the rest of the country, Blomquist said.

In opting for the time-honored strategy of earning passive income from rentals, small investors “may be hedging against what comes after the irrational exuberance we’ve been seeing in the stock market,” said Geoffrey J.D. Hewings, emeritus director of the Regional Economic Applications Laboratory at the University of Illinois at Urbana-Champaign. If the recent stock market surge falters, “some of their money is in something that’s more long-term,” he said.

While Attom could not provide a breakdown of how many properties small investors bought to flip and how many to rent, landlords appear to be the big dogs, Blomquist said. A year ago, a report from his firm (then called RealtyTrac) indicated that 4.5 percent of sales in 2015 were to flippers. That’s a minority of the 18.6 percent of that year’s sales that his firm now reports went to all types of small investors, including flippers. “Landlords seem to be the majority,” he said.

The high demand for rentals, in both multi-unit buildings and free-standing houses, is a draw. Chicago-area homeownership dropped from its 2006 peak by more than 7 percentage pointsthrough late 2015, to just under 64 percent. Whether they’re former homeowners who got foreclosed during the recession years, millennials who haven’t saved up a down payment or don’t want to buy yet, or relocated corporate employees who don’t want to buy on arrival in a new city, “you have a lot of people choosing to rent,” Hewings said.

Small investors looking to buy this year may find it harder to do, Schwartz said. Because investors are generally more likely than end-user buyers to negotiate hard for a lower purchase price, the recent months’ acceleration in Chicago’s real estate recovery may prompt sellers to hold out for a higher price from a buyer who plans to live in the place, she said. “There’s a limit to what an investor will pay,” she said, because the numbers have to work for them.

Every Sunday, A Different Chicago Cuisine And Culture To Celebrate At Navy ...
Scroll to top