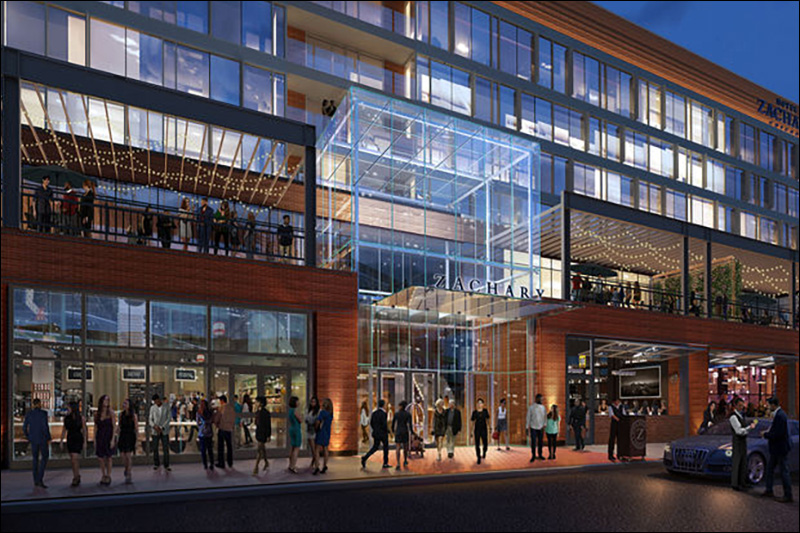 The owners of the Chicago Cubs unveiled plans for a seven-story, 175-room hotel at the northwest corner of Clark and Addison.

Hotel Zachary is expected to open in early 2018 and will become host to restaurants from the groups behind some of the city’s best-known restaurants, including One Off Hospitality (Big Star), 4 Star Restaurant Group (Crosby’s Kitchen), Folkart Restaurant Management (Yusho) and West Town Bakery. Names of the specific restaurants that will be at the hotel haven’t been announced.

“The goal of our development is to create a town hub, where families, fans and visitors find entertainment, great food and daily attractions in an urban park setting,” Crane Kenney, president of Hickory Street Capital, the Ricketts-owned development company behind the project, said in a statement.

A new McDonald’s will also be in the 238,000 square foot building, replacing the one torn down earlier this year.

The hotel is named after architect Zachary Taylor Davis, the designer of Wrigley Field. 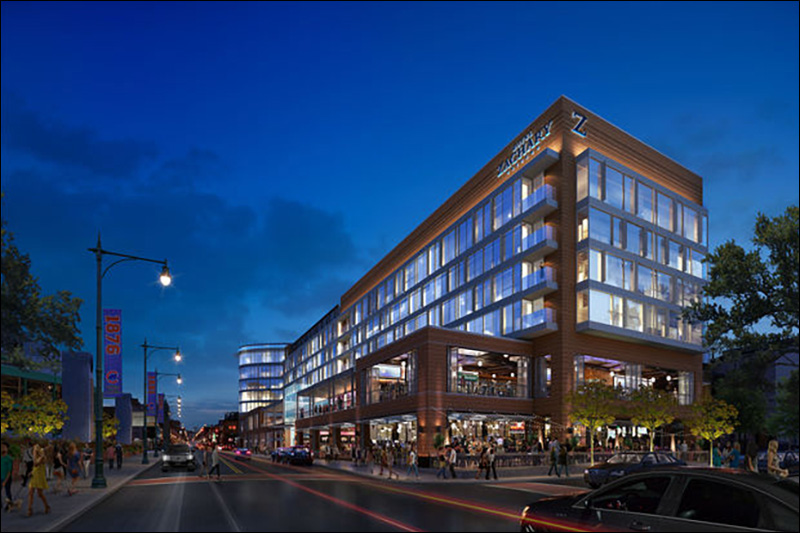