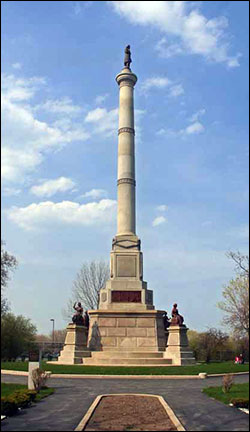 Grand Boulevard is located on the South Side. The boulevard from which the community area takes its name now bears the name of Martin Luther King, Jr. Drive. The area is bounded by 39th to the north, 51st Street to the south, Cottage Grove Avenue to the east, and the Chicago, Rock Island & Pacific Railroad tracks to the west.

This is one of the two community areas that encompass the Bronzeville neighborhood, with the other being Douglas. Grand Boulevard also includes the Washington Park Court District neighborhood that was declared a Chicago Landmark on October 2, 1991.

Bronzeville is a neighborhood located in the Douglas and Grand Boulevard community areas on the South Side around the Illinois Institute of Technology and Illinois College of Optometry.

In the early 20th century, was known as the “Black Metropolis,” one of the nation’s most significant landmarks of African-American urban history. Between 1910 and 1920, during the peak of the “Great Migration,” the population of the area increased dramatically when thousands of African Americans escaped the oppression of the South and emigrated to Chicago in search of industrial jobs. The Wabash YMCA is considered the first African-American Y in the U.S It continues as a center today due to the continued support of many of the Black churches in the area. The Wabash YMCA is widely credited as the birthplace of what would later become Black History Month, although this has also been attributed to the noted black historian John.

Grand Boulevard is accessible via the Green and Red lines of the Chicago Transit Authority, as well as the Metra Electric District Main Line. In 2011 a new Metra station, Jones/Bronzeville Station, opened to serve the neighborhood on the Rock Island and planned SouthEast Service.