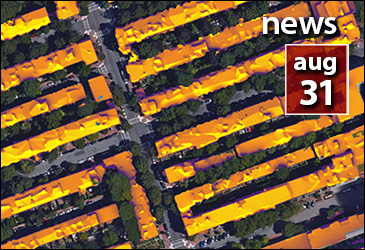 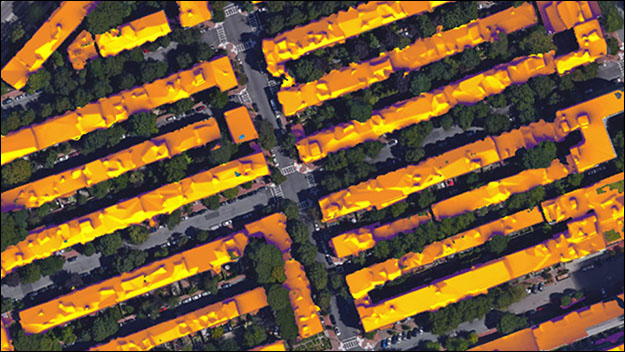 Google has a new tool that can determine if your house should convert to solar power.

The search giant’s recently released Project Sunroof wants to map the amount of sunlight a rooftop receives to help decide if it makes financial sense to go solar.

By typing the home’s address into Project Sunroof, users can find out how much space there is for solar panels on the roof, how many hours of rooftop sunlight it would get a year and how much power bills could be cut by.

Project Sunroof comes under the $US2 billion ($2.8 billion) that Google is funding for renewable energy projects.

Upon typing in the address a Google Earth image of the home appears with the roof a colour ranging from yellow to purple, indicating how much sunlight hits the surface.

To determine this colour rating the program analyses the amount of solar radiation in the area surrounding the roof and 3D modelling of the roof.

It then adjusts for factors such as cloud and temperature patterns and shade from nearby buildings and trees.

Project Sunroof will also recommend the size of solar system that you should install based on your average electricity bill.

The final step in the process is Project Sunroof’s ability to put you in touch with a local solar panel company that will install the system for you.

One Forbes journalist has pointed out that Project Sunroof’s site doesn’t mention that solar companies will pay Google a hefty referral fee to anyone sending business their way.

So far the American cities San Francisco, Fresno and Boston are the only searchable ones.

But, as Business Spectator reports, a similar tool from the Photovoltaic Institute already exists in Australia.

Called the Live Solar Potential Tool, it is a free tool where a user can zoom in on a specific household to estimate how much energy the rooftop would be likely to generate with solar panels.

The Australian PV Institute tool is constrained to limited areas in the CBDs of each state capital city.

Google’s program is still a pilot but it is reportedly hoping to expand to the rest of the US.

As Stocks Fall, Real Estate May Be the Best Defense
Scroll to top