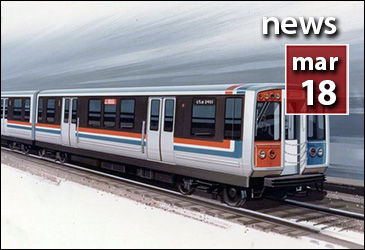 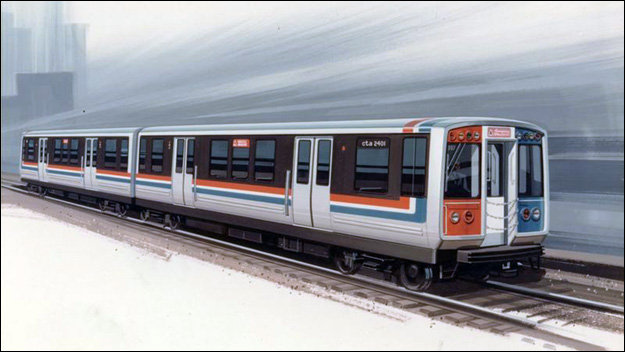 Cue the disco: the Illinois Railway Museum has announced a 1970’s themed leisure cruise on a vintage 2400-series CTA train on Sunday, April 3. The event, titled “Straight Out of the 70’s,” will give Chicagoans a chance to hop aboard a piece of history as well as dress the part as participants are encouraged to don bell bottoms, nehru jackets, big hair, and other icons of 1970’s fashion. While the last of the 2400-series train cars were retired from service in 2014, this particular example has been restored back to its original specification and sports the the famous red, white, and blue striped paint job commemorating America’s 1976 bicentennial celebration.

The train departs from the Dempster Yellow Line terminal in Skokie at 8:45 AM with nearby parking available. After a funk-filled cruise around the Loop, riders will be dropped off for a one hour lunch break downtown. The trip concludes back at the Dempster station at 6:45 PM, but the vintage tri-color train can also make earlier stops along the way per rider request. Tickets cost $50 per person and, with just 140 spots available, those interested in the Straight Out of the 70’s ride are encouraged to reserve theirs early. All proceeds from the event will go towards the continuing preservation of the Illinois Railway Museum’s collection. With prizes awarded to participants rocking the most superfly 1970’s outfits, it’s sure to be a ride to remember. 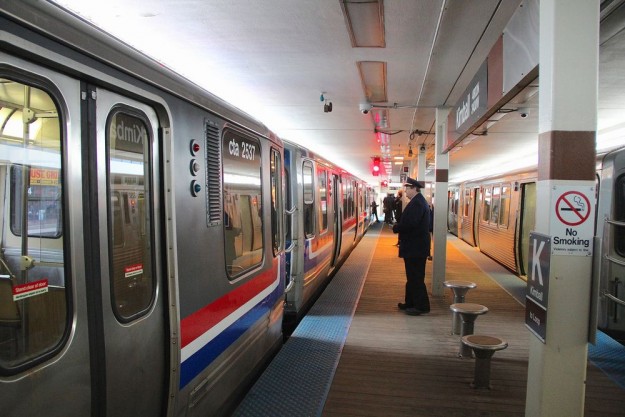