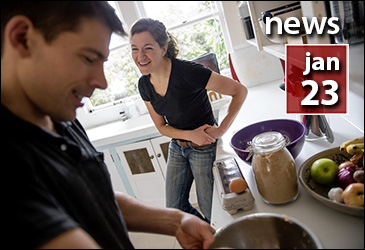 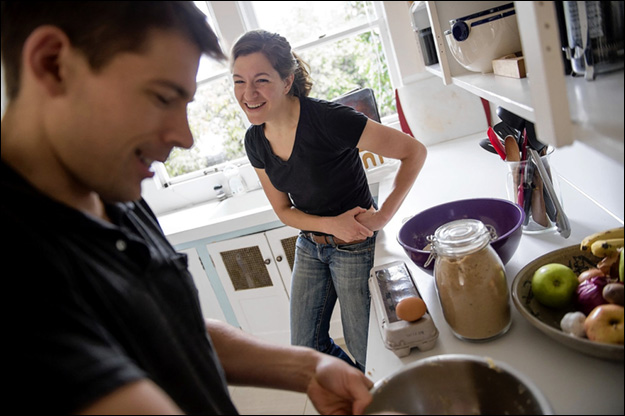 One of the hottest debates among housing economists these days isn’t the trajectory of home sales, but whether millennials, those born in the 1980s and 1990s, want to remain urbanites or eventually relocate to the suburbs.

Some demographers and economists argue that the preference of millennials, also called Generation Y, for city living will remain long lasting. And surveys of these young urban residents have tended to show that they don’t mind small living quarters as long as they have access to mass transit and are close to entertainment, dining and their workplaces.

But a survey released Wednesday by the National Association of Home Builders, a trade group, suggested otherwise. The survey, based on responses from 1,506 people born since 1977, found that most want to live in single-family homes outside of the urban center, even if they now reside in the city.

“While you are more likely to attract this generation than other generations to buy a condo or a house downtown, that is a relative term,” said Rose Quint, the association’s assistant vice president of survey research. “The majority of them will still want to buy the house out there in the suburbs.”

The preferences of millennials are important to nearly every U.S. industry because of their size, which is estimated at between 70 and 80 million.

Not since the baby boomers, a generation that counts roughly 76 million people, has there been such a big population bulge.

“The preference for the suburbs suggests that future demand will be in the form of single-family homes rather than condominiums more prevalent in cities,” said David Berson, chief economist with Nationwide Insurance Co. “That’s also good news for future suburban single-family sellers, many of whom are baby boomers.”

The survey results, though, could be skewed because they included only millennials who first answered that they bought a home within the past three years or intended to do so in the next three years. That excluded young people who intend to rent for many more years, which is a large and growing group, in part because of hefty student debt and the tight mortgage-lending standards of recent years.

The homeownership rate among heads of household 35 years of age or younger was at 36% in last year’s third quarter, the most recent data available. That is the lowest figure since the Commerce Department started tracking the data on a quarterly basis in 1994 and well short of the recent high of 43.1% in the third quarter of 2004.

Another factor leading to fewer young people buying homes is that women are waiting until later in life to have their first child. The average age of a mother at her first childbirth was 25.4 years in 2010, up from 22.7 in 1980, federal statistics show.

Stockton Williams, executive director of the Terwilliger Center for Housing at the Urban Land Institute, a nonprofit research group, said that many millennials still don’t have the financial resources to buy a home in the aftermath of the recession.

“There may be a strong interest, but there might also be a recognition that, at least for some, the opportunity to own a home might have to wait,” he said.

Some millennials said that they prefer to live in a house, but still enjoy living close to the city center.

When Karla Kingsley, a 32-year-old transportation consultant, and her fiancé bought a single-family home last month in Portland, Ore., for $375,000, she said the couple’s top priorities were finding a home close to restaurants, shops and their workplaces downtown.

“That was most important to us, to be able to walk to things from our house and to bike to work,” she said.

Kent Piacenti, a 33-year-old commercial litigation lawyer and his partner, took a similar approach when they bought a three-bedroom home less than four miles from downtown Dallas this month. The couple, who previously rented an apartment downtown, wanted more space for their two dogs and a pool.

“My absolute preference is to be as close to the city center as possible to be near work and near friends,” Mr. Piacenti said. “Our entire work and social network is in the city center.”

Demand for Housing Is Up, but How About Supply?
Scroll to top