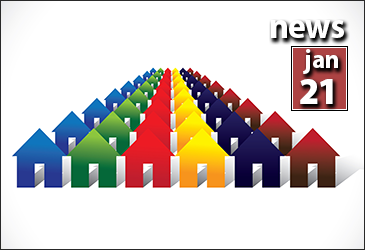 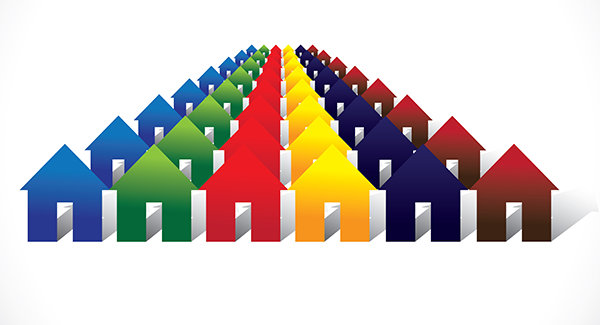 The sprawling suburban McMansion and three-car garage may be going the way of the tail-finned Oldsmobile.

Those seeking to invest in residential properties might do well to focus on metropolitan areas near public transport, rather than counting on a continuation of suburban sprawl, according to experts and recent studies.

“People are coming back to the cities,” said Scott Garnett, a real estate broker in Richmond who has lived in the downtown area for 23 years. Newcomers to the neighborhood include couples in their 50s and 60s as well as younger people from the Washington, D.C., area who, fed up with long commutes to the nation’s capital from Virginia suburbs such as Fredericksburg, are instead choosing to relocate entirely.

Garnett, who lives in the historic Fan district of Richmond, named for the fan-shaped layout of the streets, said that from his 1908 Victorian brownstone, he can walk his kids to school, choose from more than 30 restaurants and visit the Virginia Arts Museum.

“I think we want to go back as a society to how it used to be” before cars and highways allowed the creation of suburbs, he said.

The renewed desire for in-town living is borne out by the numbers. Home values in Garnett’s downtown Fan district fell by 11 percent from 2007 to 2010 – but had largely recovered their losses by 2013, according to local real estate data. By contrast, suburban areas were much slower to bounce back. Home values in the northwest Chesterfield, Va., suburbs in subdivisions that were built from 1975 through 2013 fell by a little more than 20 percent during the same period and had only recovered 6 percent of their value by last year.

The Virginia market tracks recent shifts in the national real estate market. Some 60 percent of respondents to the National Association of Realtors’ 2013 Community Preference Survey released in November said they preferred a neighborhood with a mix of houses, shops and recreation that they could walk to, rather than one that required driving. They also said they were more willing to compromise on the size of the house than the neighborhood, though they still preferred single-family houses over condos or apartments. The least popular choice of community was a suburban neighborhood with just houses.

Metropolitan neighborhoods nationally also generally held their real estate values better than many suburbs during the housing market bust. A Brookings Institution study released in May 2012, based on neighborhoods in the Washington, D.C., metro area, stated, “While U.S. home values dropped steadily between 2008 and 2011, distant suburbs experienced the starkest price decreases while more close-in neighborhoods either held steady or in some cases saw price increases.”

The report further noted: “It appears that the United States may be at the beginning of a structural real estate market shift. Emerging evidence points to a preference for mixed-use, compact, amenity-rich, transit-accessible neighborhoods or walkable places.” It found the evidence also applied to commercial and retail property.

“The apparent supply-demand mismatch for walkable places may be contributing significantly to the price premium these places demand,” according to the report , citing an under-supply of small lot and attached housing units in walkable communities of 11 percent and 8 percent respectively, “while large-lot housing is over-supplied by an estimated 18%.”

A different study by another organization of 94,000 transactions in 15 housing markets found that a one-point increase in a walkability score was associated with an average increase of $700 to $3,000 in home values.

“It is a trend that is not just East and West Coast but [also other] big metropolitan areas that have reasonably interesting downtowns,” said Selma Hepp, chief economist for the California Association of Realtors, who wrote her doctorate thesis at the University of Maryland in 2011 on the repopulation of urban centers. Cleveland; Charlotte, N.C.; San Francisco; and even downtown Los Angeles are seeing a renewed interest from homebuyers, she said. In the suburbs, some developers are building new master-planned housing subdivisions to resemble traditional communities with sidewalks, town squares and a mix of commercial and residential uses, she said.

Several factors have converged to create this emerging new reality. Higher fuel costs, increasing traffic congestion and a changing mix of homebuyers from the nuclear family of mom, pop and the kids to single, dual-career and multigenerational households, immigrants and a younger generation mired in consumer debt are all reasons for people to prefer central city living to the suburbs of the 1950s and 1960s.

Young people their 20s and 30s are particularly keen on urban lifestyles in energy-efficient, environmentally friendly and technologically well-equipped homes with high-speed Internet connections, according to homebuyer surveys. The Urban Land Institute’s Terwillinger Center for Housing survey found that 40 percent of millennials expressed a preference for medium- or big-city living, compared to 28 percent of all respondents. The debt-burdened younger generation is unable to afford the upkeep of sprawling homes and the cars required for commutes to work. At the same time, many baby boomers are trying to downsize into smaller homes that require less upkeep and have lower taxes. Both groups are increasing demand for public transportation, which is more prevalent in cities.

To be sure, many people still want a traditional suburban lifestyle. The square footage of the average American home has been climbing since the 1970s. A National Association of Home Buyers survey of new and potential purchasers released in 2013found that an “overwhelming majority of buyers do not care to live in a central city, as only 8 percent report that as their preferred location” and that 36 percent would prefer to buy in an outlying suburb, 30 percent in a close-in suburb and 27 percent in a rural area.

That said, there are a growing number of stories like that of Gen-X couple Josh Bennett, 32, a finance and operations manager and his wife, Reema, 31, an engineer, who are expecting their first child. They recently purchased a 3,100-square-foot home built in 1910 in Richmond near Virginia Commonwealth University, which both attended.

They bought the house from a retired couple who moved to a one-story condominium nearby. Josh Bennett said he and his wife considered buying in the suburbs of Richmond, where there are excellent schools, but fell in love with the vibrancy of downtown. Their community features a good elementary school within walking distance. While the junior high and high schools are “more questionable,” he said, he hopes they will improve as the population of active young families increases, he said.

Bennett said his mother and brother felt certain the couple would end up buying a suburban home like the one in which he grew up, “but they can appreciate our lifestyle now … There is a sense of community and almost nostalgia that comes with living in the city and knowing the neighbors and the mailman and the diversity of people living around you. It feels natural and comforting. We don’t have any regrets. We love being here and the quality of life has been great,” he said.

According to demographic and real estate data from various U.S. cities, more people are preferring in-town living to suburban sprawl. Retiring baby boomers, Generation Xers and Gen-Yers are giving up square-footage for denser urban or semi-urban areas. These trends suggest that smaller dwellings near public transport might be a better investment in the near future than big McMansions in distant suburbs.