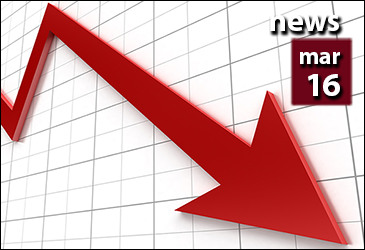 The foreclosure crisis, which cast an ominous shadow over the Chicago-area real estate market for much of a decade, has narrowed to a few lingering dark spots.

Only eight out of more than 250 Chicago-area ZIP codes had more than a slender sliver of their housing stock in foreclosure in February. That’s according to data provided to Crain’s Chicago Business yesterday by Attom Data Solutions, an online real estate data service based in Irvine, Calif.

Those eight zip codes, which make up a belt of south suburbs running from Dolton to Park Forest, are the only ones where more than one-half of 1 percent of the homes with mortgages were in some stage of foreclosure in February. None has more than 1 percent of its homes in foreclosure.

Despite those being the biggest concentrations of foreclosures in the metropolitan area, they’re slight compared to the crisis years. At the peak of the Chicago’s foreclosure crisis, in October 2011, more than 6.6 percent of the region’s homes with a mortgage were in some stage of the foreclosure process, according to data from CoreLogic, another real estate research firm, also based in Irvine.

There were 5,290 homes in the Chicago area in some stage of foreclosure in February, according to Attom. That’s down more than 9 percent from 5,844 homes a year earlier. With about 1.39 percent of the region’s homes in some state of foreclosure, Chicago had the third-highest rate of mortgage distress among the nation’s 20 largest cities, following Baltimore (1.5 percent) and Philadelphia (1.49 percent).

Nationwide, about 0.06 percent of homes were in foreclosure in February, an 11-year low.

Looking at the band of eight ZIP codes, Daren Blomquist, Attom’s senior vice president, said, “we see stubborn pockets like that all over the country, but they’re getting smaller and smaller, and fewer and fewer.”

In 98 of about 230 Chicago-area ZIP codes, no homes were in foreclosure in February. Those ZIPs are largely north and west, in the city and suburbs. Many others have less than half of 1 percent of their homes in foreclosure, a level “that is sustainable for the market to absorb,” Blomquist said.

CoreLogic reported this week that for the Chicago region overall, the number of homes in foreclosure was nearly as low as pre-crisis levels in each of the last three months of 2016. Fewer than 1.2 percent of all homes in the region were in foreclosure during those months, CoreLogic found. The rate of foreclosure first rose above 1.2 percent in July 2007, as the first wave of distress began to roll in.

Though it’s shrinking fast, the foreclosure burden isn’t gone. In several south suburbs, the rate of foreclosure ticked up in February from a year earlier.

Some of it is the result of homeowners giving up in areas where home values have been slowest to recover. While home values in many north neighborhoods and suburbs have recovered to levels above their old pre-peaks from before the housing bust, “the property values here have stagnated,” said John Petruszak, executive director of the South Suburban Housing Center, based in Homewood.

He said that “a lot of people who bought their homes at the height of the market are in trouble now,” after trying to hang on to a severely devalued asset for as much as a decade.

Flossmoor is one of the towns in the band of eight higher-foreclosure ZIPs. A house there, on Brumley Drive, recently became a double foreclosure: One owner lost the four-bedroom in foreclosure in 2011. A buyer rehabbed it and resold it in 2012. The 2012 buyer in turn lost it in foreclosure as well, in October. The house is now on the market with an asking price of $155,900, below what buyers paid for it in 1999.

“It’s very common to see that,” said Melanie Stacel, the Sun Realty Group agent representing the home for the foreclosing lender, which the Cook County Recorder of Deeds identifies as Fifth Third Mortgage Company. “I hate to see it, but I’ve seen it multiple times in these pockets that aren’t coming back like everywhere else.”