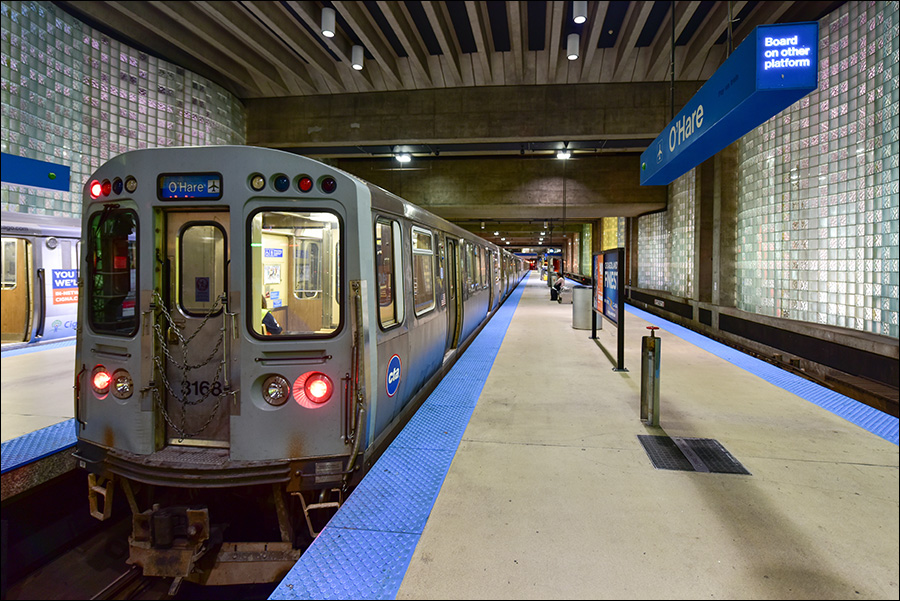 The ambitious project aims to slash travel times between downtown and O’Hare International Airport to 20 minutes (roughly in half) at a price point that will undercut taxis or ride share services like Uber and Lyft. The call for prospective partners went out in November and was due on January 24.

According to a joint statement from Mayor Rahm Emanuel and the Chicago Infrastructure Trust, the following firms or joint ventures have officially thrown their hats in the ring:

Beyond naming the four groups, the announcement had little information on what each team has planned with regards to route, design, and technology. The city is evaluating a number of above and below ground solutions. More details will be revealed after the next step in the process: an issuance of a Request for Proposals (RFP) from the aforementioned qualified bidders. It’s unclear when officials plan to collect requests.

At this point, the most cutting edge solution from The Boring Company is also the best defined. The California-based tunneling firm owned by Tesla and SpaceX founder Elon Musk said it will employ experimental drilling technology to slash construction costs and utilize more narrow tunnel diameters to excavate more quickly. Travelers on the O’Hare Loop would ride high-velocity electromagnetic pods or sleds, according to earlier Twitter exchanges from Mr. Musk.

Regardless of whether the city decides on underground sci-fi sleds or traditional surface trains, it is understood that the undertaking will be very expensive—likely costing billions of dollars. Though city officials have no cost projections at this point, they did take another opportunity Wednesday to reassure tax-payers that project will be funded entirely by private sources.

Meanwhile, some opponents of the project have questioned the need for such a system given that the CTA already serves O’Hare via its Blue Line trains. The city, however, says the demand is very real. The current number of 20,000 daily air passengers traveling between the airport and Chicago’s Central Business District is projected to swell to at least 35,000 by the year 2045.

“Four visionary groups have stepped forward because they see what we see—a connected Chicago is a stronger Chicago,” said Mayor Emanuel in a statement. “Strengthening connections between the economic engines of downtown Chicago and O’Hare airport will build on Chicago’s legacy of innovation and pay dividends for generations to come.”

Emanuel hopes to begin construction on the project within the next three years. There is still very much to do and decide before shovels—or giant tunnel boring machines—can start moving dirt.