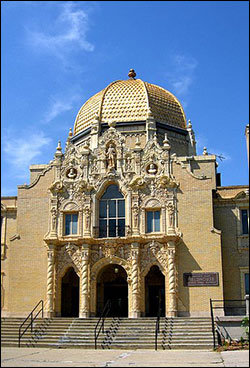 The neighborhood is bordered by Franklin Boulevard on the north, Arthington and Taylor Streets on the south, Hamlin Avenue and Independence Boulevard to the west, and Rockwell Street to the east.

The neighborhood is also well-served by the CTA’s bus service. East-west bus routes include #20 along Madison Street, #126 along Jackson Street, and #7 along Harrison Street. In addition, the #X20 runs eastbound along Warren Street and westbound along Washington Street. North-south bus routes include #94 along California Avenue, #52 along Kedzie Avenue, and #82 along Homan Avenue.