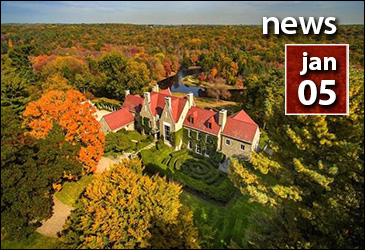 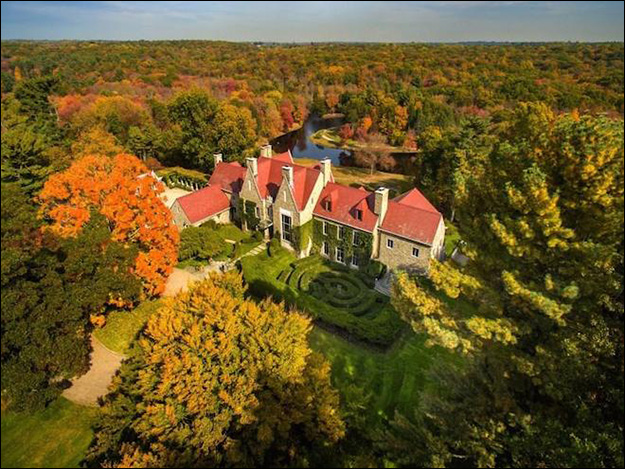 If the Crawleys from Downton Abbey ever vacation to the U.S., they might live somewhere like this spectacular 262-acre estate spanning the New York-Connecticut border. The European-style stone mansion is not only 20,000 square feet of lavishness—look out for tons of ornate fireplaces, antique marble, intricate walls and ceiling, and an extravagant indoor pool with Italian mosaics—but also comes with a bit of an elite history. According to local outlet The Journal News, the 1900-built eight-bedroom property was originally owned by Arthur Hays and Iphigene Sulzberger of the The New York TimesSulzbergers, long-time publishers of the paper. Gilbert Haroche, the second and current owner who passed away last year, was the co-founder of travel and cruise company Liberty Travel.

If nothing was spared in building the manor, then the same can be said for the impressive grounds, which includes a formal garden, greenhouse, tennis court, lake, bridge, and life-size chess set. Check it all ou

I thought the $16,000,000 listing on Lake Michigan that I was going after was impressive, but this is amazing. Having been recently interviewed by a Northwestern University Medill School of Journalism major on my opinion as why to higher end properties, such as the recent sale of Oprah’s condo, were taking such hits, I will be interested, although t’s not my Chicago Real Estate market, to see how this Connecticut beauty fares.