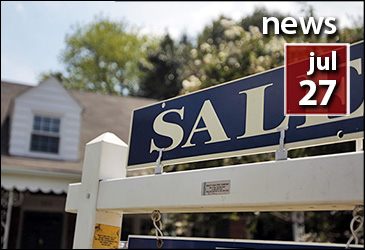 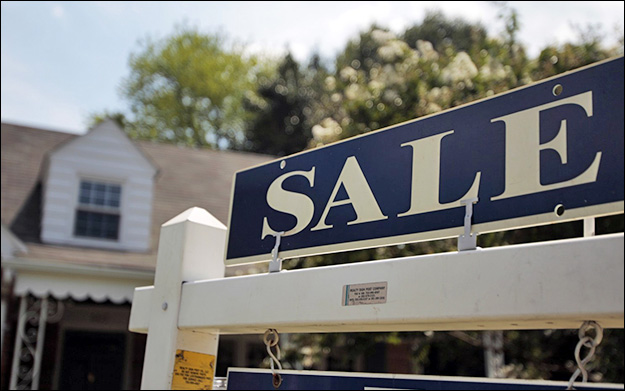 Alexis Eldorrado was quoted in a Nationally-Syndicated Washington Post article. Her high-profile and superb reputation in the real estate industry locally and nationwide has made her a go-to for many of the nation’s top publications.  (see Bold area below for Alexis’ words)

How fast should your house sell once you put it on the market? Within a week? A few weeks? A couple of months? Longer?

New research suggests that typical selling times are not just declining in the current bull market for housing: They may have hit record lows. According to realty brokerage Redfin, the median time on market dipped to just 26 days during June — the shortest time on record for its database — with houses in some markets moving from listing to contract in less than half that time. Denver homes sold in six days or fewer, according to Redfin; Seattle’s median was nine days; Portland, Ore., 10 days; and Boston, 11 days.

That’s hot. But there are dozens of cities around the country where selling speeds are nowhere near this quick. According to June data from real estate Web portal Realtor.com, which uses information from local multiple listing services nationwide, the median time on market for homes in Chicago was 54 days. In the Washington area, it was 45 days; Miami, 75 days; metropolitan New York, 68 days; Oklahoma City, 53 days. At the laggard end of the spectrum, the median house in Brownsville, Tex., took 122 days to sell, and in Myrtle Beach, S.C., it was 105 days.

Why such apparently wide variations from area to area, and what can a typical seller expect?

Some basics: Selling speed depends in part on matters that you can control, but there are also factors you can’t control: the strength of your local economy, employment and income growth. If the economy is on fire and there’s a low inventory of homes for sale to serve market demand, you’re going to see houses zipping from listing to contract rapidly.

Now for things that you can control: Anyone can sell a house super fast simply by cutting the price far below what it’s worth. There are investment companies in most large markets that will buy your house for cash in almost no time — an hour, a day, a week — but at 40 to 50 percent below market value.

Putting aside deep-discount deals, getting pricing “right” for your own objectives is probably the No. 1 control you have over speed. If you prefer to get the maximum within a relatively short time, pricing just below what your agent believes to be the likely selling price may make sense. It might even set off a bidding competition and get you a higher price than you expected.

You can slow the process by pricing slightly higher than what you need — leaving room for bargaining with buyers — but there’s a risk. If you err too far on the upside, you could scare away prospective buyers for months. Alexis Eldorrado, managing broker at Eldorrado Chicago Real Estate, says overpricing is the biggest traffic killer of all. “People see you’re asking too much and they just stay away,” she told me last week after listing and selling a suburban house for $1,025,000 in a single day.

How you present your house to buyers — the quality of the photography in the listing, the staging of the interior, the landscaping and the overall look of the house from the street — can also dramatically affect how long it takes to sell.

Mary Bayat, principal broker at Bayat Realty in Alexandria and board chair of the Northern Virginia Association of Realtors, calls landscaping, professional staging and clearing out highly personal items “very important” to selling houses quickly. If the interior is a jumble, you’re almost guaranteed a longer selling time. “Sometimes you go into a house and there’s so much stuff everywhere that you think you’re in an antique shop,” she says. That “really turns off potential buyers who are trying to imagine the house as their own,” with their own decor.

Kary Krismer, a managing broker with John L. Scott/KMS Renton in the Seattle area, says you can sell faster if you make it easier for agents to show your house. “It is best if agents can just get into a house using the key box and 10 minutes’ notice,” Krismer says. “At the other extreme, ‘appointment only’ without a key box can be a big mistake, unless it is an expensive, high-end house.”
Bottom line: In many but not all markets this summer, there are things you can do to either sell faster or slow the process down. Except in areas with sluggish local economies, a lot is up to you.

‘What Are Comps?’: Understanding a Key Real Estate Tool
Scroll to top