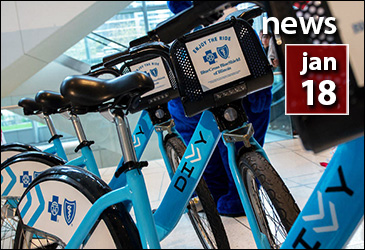 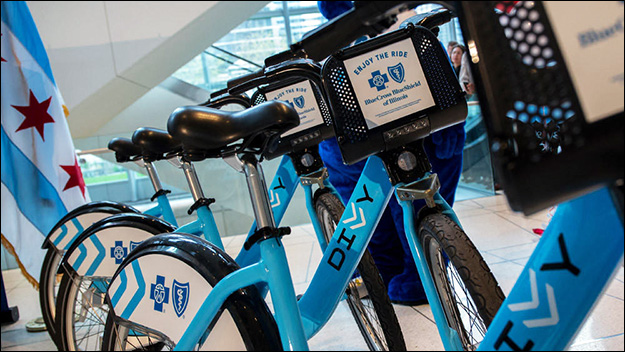 Divvy is expanding in Chicago and crossing over the city border into Oak Park and Evanston, the mayor’s office announced Wednesday.

Divvy, the city’s blue-bike-sharing program, will add 75 more stations in neighborhoods including Rogers Park on the North Side, Austin and Garfield Park on the West Side and Englewood, Burnside, Chatham, Greater Grand Crossing and Brighton Park on the South Side, according to a news release issued by Mayor Emanuel’s office.

The latest Divvy expansion will go past the city’s boundaries and place 13 stations in Oak Park and eight in Evanston, the release said. That addition will bring the total number of Divvy stations in the Chicago area from 475 to 571. Plus, more than 250 new bikes will be placed on racks, for a total of more than 5,000 Divvy bikes.

“Divvy has been a great success story and is a major reason why Chicago has become one of the most bike-friendly cities in the country,” Emanuel said in the release. “Now we are building on that success. This new expansion will ensure more residents in more neighborhoods can access this system and enjoy the transportation and health benefits of biking.”

Divvy’s most recent expansion last year didn’t reach all corners of the city. Currently, the bike-share program’s boundaries roughly are 75th Street in South Shore to the south, Touhy Avenue in Rogers Park to the north, and Pulaski Road in Little Village and Avondale to the west.

The blue bikes are used year-round, as evidenced by more than 900 rides this past Sunday, when the high was 27 degrees and the low was 4 degrees, CDOT Commissioner Rebekah Scheinfeld said in the news release.

Last year, there were nearly 3.2 million trips, a 30 percent increase from 2014, she said. The bike-sharing system counts almost 32,000 annual members.

Come Feb. 1, the annual membership fee will increase from $75 to $99, the city announced a couple of weeks ago. Divvy also will offer the option for members to pay $9.95 per month with a 12-month commitment instead of one lump sum upfront.

Last year, the price for a 24-hour pass went up from $7 to $9.95. The Divvy for Everyone program launched last year as well, offering $5 one-year memberships to Chicagoans with income under 300 percent of the federal poverty level.