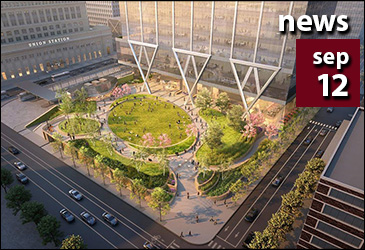 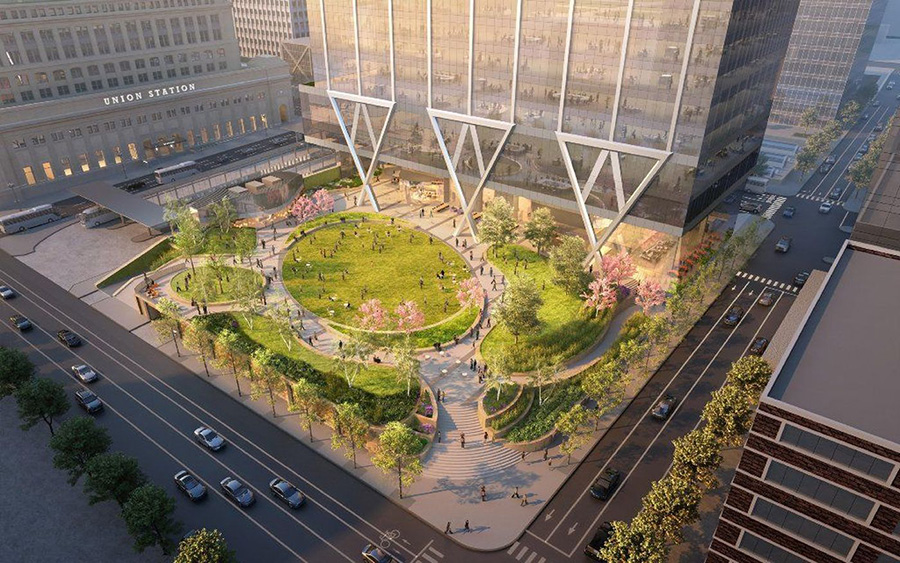 The boxy glass apartment building atop the headhouse is gone and a 1.5-acre park is new in a revamped plan to redevelop Chicago’s historic Union Station.

Presenting its revised vision to overhaul the transportation hub, developer Riverside Investment & Development showed downtown residents Tuesday night a plan it hopes will win them over after its first proposal three months ago flopped.

The biggest change: The elimination of a 404-unit apartment structure that Riverside and its development partner, Convexity Properties, had proposed to put on top of the historic Union Station headhouse. Instead, Riverside wants to add a “penthouse” level atop the structure and increase the number of planned hotel rooms in the headhouse to 400 from the previously proposed 330.

Another big change is just south of the headhouse, where Riverside initially proposed a 715-foot, 1.5 million-square-foot office building with an attached parking structure. The new version includes a 1.5-acre park along Jackson Boulevard and Clinton Street at the base of the proposed office tower.

The new proposal comes after Riverside and Convexity faced backlash to its first presentation in June. Much of the criticism focused on the crown-like, glass addition atop the neo-classical landmark headhouse, which was originally proposed by Daniel Burnham in his 1909 “Plan of Chicago.”

Ald. Brendan Reilly, 42nd, who would need to greenlight the plan before it goes before the Chicago City Council for consideration, said in a recent email to downtown residents that Riverside’s initial proposal “was deemed unacceptable by the community and the Alderman due to architectural and traffic concerns.”

The new plan “incorporates all of the valuable feedback we received from the community and Alderman Reilly,” Riverside CEO John O’Donnell said in a statement. “We share the community’s goal of adapting and revitalizing this landmark in a way that honors its historic significance while tapping its full potential as a welcoming hub for Chicago residents, commuters and visitors for years to come.”

Riverside is publicly pitching its latest version of the plan as it negotiates with Toronto-based BMO Harris Bank to be the anchor tenant for the office tower, according to sources familiar with the talks. BMO is eyeing the Union Station project to consolidate its Chicago operations in an office as big as 500,000 square feet, sources said.

If that deal is finalized, it could help Riverside and Convexity land financing for the Union Station remake.

Aldermanic votes for the remainder of the year could face extra scrutiny heading into elections in February.

Riverside has been one of the most prominent developers in the city in recent years. The firm developed the 54-story office tower at 150 N. Riverside and is part of a joint venture behind the 1.4 million-square-foot tower under construction at 110 N. Wacker Drive, the former site of General Growth Properties. 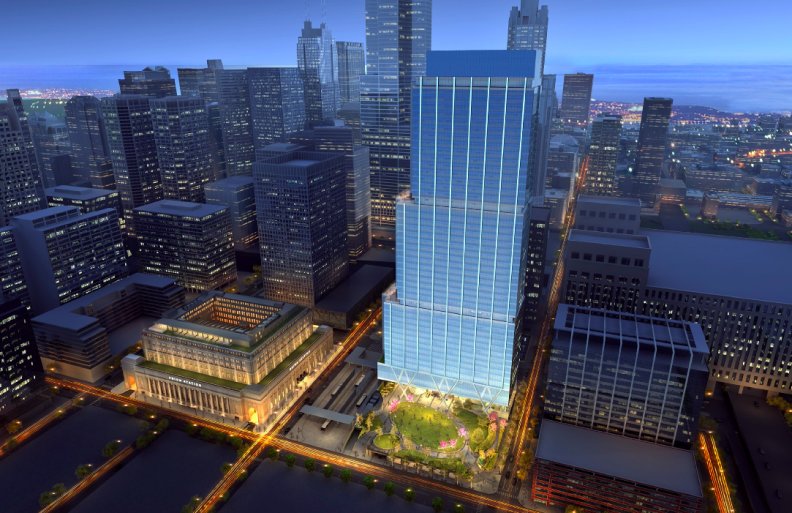