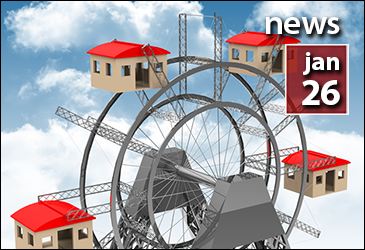 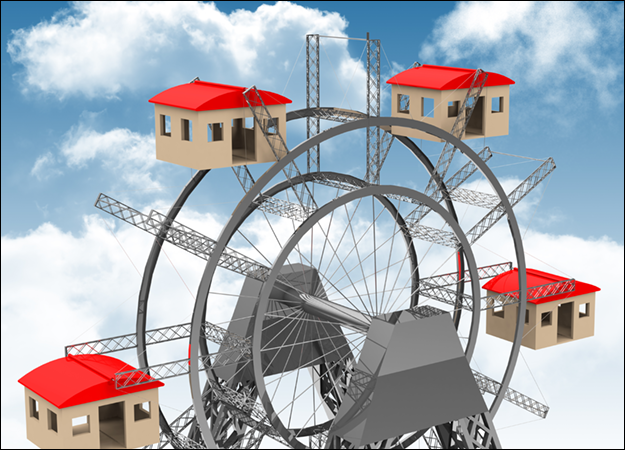 This was a big week for housing data, with more signs pointing toward demand building. The key question for the housing market will be whether new and existing home supply will follow suit.

New construction starts in December were up 4.4%, inching closer to an annualized rate of 1.1 million, which we have not seen since 2007. The increase was driven by single-family, which is a good early sign that homebuilders are gearing production for greater demand in the spring. The December pace of single-family starts was 728,000 units, the highest number since March 2008.

Builders remain positive about the future. The January reading of the NAHB Housing Market Index reported this week reflects that builders are confident about their prospects.

Mortgage rates again made the news this week as rates hit new lows for the year. The lower rates are a gift to consumers from the global financial markets. When investors heavily buy U.S. Treasury bonds, the higher prices they pay move interest rates lower. As a result, mortgage application activity rose to its highest level since June 2013.

Consumers should not bank on rates staying low for very much longer, though, as the Federal Reserve is “staying on track to start raising short-term interest rates later this year,” the Wall Street Journal reports. In fact, after European Central Bank actions to support European economies were announced on Thursday, U.S. Treasury bonds have declined in price. That means mortgage rates will soon be on the rise again.

Supply of homes could be an issue

Supply is quickly becoming the biggest concern for healthy growth in home sales in 2015. According to the NAR’s December data, the inventory declined, representing only a 4.4-month supply at the current sales pace. A six-month supply would be more typical of a market in balance.

The NAR data align well with the listings on realtor.com. Total listings in December declined 7% from November and 6% from last year. Only a few notable markets, such as Pittsburgh, PA, Jacksonville, FL, Tampa, FL, and Virginia Beach, VA, saw inventories build in a healthy way in December. We need more markets to see listing growth over the next several weeks to keep appreciation at healthy, normal levels.

With three years of positive price appreciation behind them, existing-home owners in most areas should see conditions as very favorable for trading up. That is what the market needs to set the stage for significant growth this spring.

Low Down Payment Home Loans: Which is Best for You?
Scroll to top