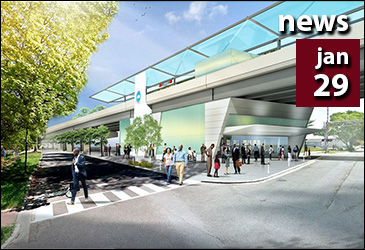 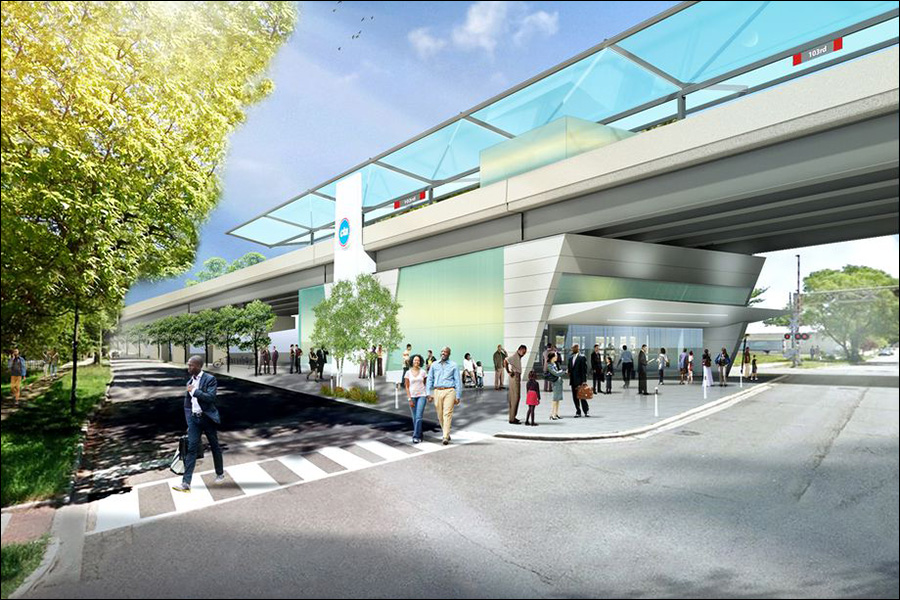 Departing from the soon-to-be-revamped 95th Street terminal, the “preferred alignment”—or route—would run along the west side of the Union Pacific Railroad line to about 109th Street. From there, it would move to the east side of the U.P. tracks and continue south, cross the Metra Electric tracks near 119th street, and finally terminate at 130th Street.

According to the CTA, the final alignment was reached based on feedback from the community and a desire to acquire as few private properties as possible. While earlier iterations of the extension could have consumed as many as 259 parcels, the current plan limits acquisitions to 154 privately owned lots, reports the Chicago Tribune.

In addition to 5.3 miles of new track, the extension calls for the creation of four new stations at 103rd Street, 111th Street, Michigan Avenue near 115thStreet, and—of course—a 130th Street terminal in the Far South Side community of Riverdale.

The news is a key milestone for an infrastructure project that will bring vital rail service to residents of Chicago’s Far South Side as well as “the jobs and economic opportunities that go with it,” said Mayor Emanuel in a statement.

Construction on the $2.3 billion undertaking is dependent on funding and will require the CTA to seek financing from both local and federal governmental sources. The creation of a transit-specific Tax Increment Financing district for the project is a possibly, but so far no decision regarding TIF has been made.

U. of C.’s new dorm could transform Woodlawn into a college neighborhood
Scroll to top