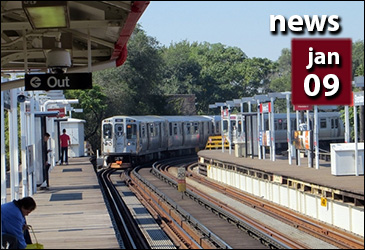 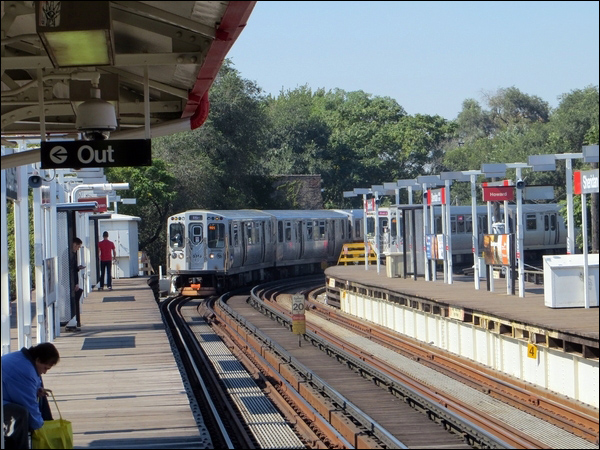 City Hall has received the parting gift it wanted from the Obama administration: just under $1.1 billion in federal grants to rebuild a key stretch of the Chicago Transit Authority’s Red Line north.

The city and U.S. Department of Transportation officials are scheduled to sign a contract tomorrow known as a full-funding grant agreement, committing the DOT’s Federal Transit Agency to provide $957 million in “core capacity” funds and another $125 million in anti-congestion money for the CTA’s Phase One Red/Purple Modernization project.

The money will be matched with city property taxes collected by a special transit tax-increment financing district that the City Council in November unanimously voted to establish,covering property one half mile on either side of the Red Line from North Avenue to the city limits.

Mayor Rahm Emanuel, in a phone interview, called the Red Line “the central nerve” of the CTA system.

The federal money “means 6,000 (construction) jobs, and it means decades of neighborhood improvements,” he said. “Forty percent of the people who take the CTA take that line.”

WHERE THE MONEY WILL BE SPENT

The money will go for new stations, signals, track and structures in a mile-long stretch from Lawrence Avenue to Bryn Mawr Avenue, as well as for a flyover or bypass separating Red and Brown line tracks just north of Belmont Avenue at a spot known as the Clark Junction.

Officials say the flyover project will speed up traffic, allowing the CTA to add more trains in an area where cars often are filled to capacity during rush periods.

The other work will allow more capacity to be added, too, but mostly it’s needed to rebuild track and an embankment that is at least 93 years old, and in some cases 117 years old.

Also in the Lawrence-to-Bryn-Mawr stretch, supporting structures—some steel trestle, others dirt embankment held up by concrete—will be replaced or rebuilt.

Also to be completely rebuilt are the Lawrence, Argyle, Berwyn and Bryn Mawr stations. The latter was renovated 30 years ago, but the others look pretty much like they did when constructed nearly a century ago, only with 100 years of paint and grime.

Each of the stations also is to receive an elevator, making them wheelchair accessible.

Engineering is scheduled to begin this year, with four or five years of construction to be done by 2023.

Though the grant will be one of the final official actions by the administration of outgoing President Barack Obama—he’s due in town Jan. 10 to give a goodbye speech, ahead of Donald Trump’s Jan. 20 inauguration—officials stressed that the grant process was competitive.

Just a few days earlier, Los Angeles received an even larger, $1.6 billion core capacity agreement to extend one of its train lines west through the Wilshire Avenue corridor to the UCLA campus.

Members of Congress also were notified of the pending deal, and did not object.

Said the senator in a statement:

“With public transit ridership on the rise, we need to ensure our transportation agencies have the funding they need to grow and keep up with demand. . . .The funding announced today builds on $191 million already received from the federal government, and will expand capacity, create jobs, and improve accessibility for local residents along the red and purple CTA lines.”

Chicago and Emanuel, who was Obama’s first chief of staff, had to scramble for the money.

The federal programs involved require a dollar-for-dollar local match, but the city did not have that sort of money, so it pushed passage of state legislation authorizing the transit TIF. Gov. Bruce Rauner signed the measure into law just in time for the City Council to establish the TIF on Nov. 30, the last day to apply for the grant this funding cycle.

The Red Line north is considered the core of the CTA’s system and, along with the Brown Line, has been its fastest-growing. The city earlier in Emanuel’s tenure rebuilt the Red Line south—a much cheaper job, since much of it runs in the median strip of the Dan Ryan Expressway—and is seeking funds to extend the line south of 95th Street to the city limits.

The CTA also is beginning to search for funds to remake the remaining section of the Red Line, from Bryn Mawr to Howard Street. That is expected to cost additional billions, but the CTA is not giving a specific figure.