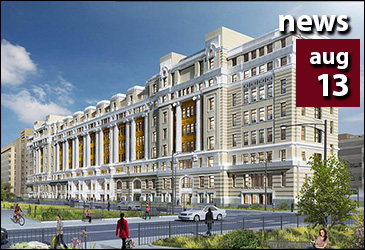 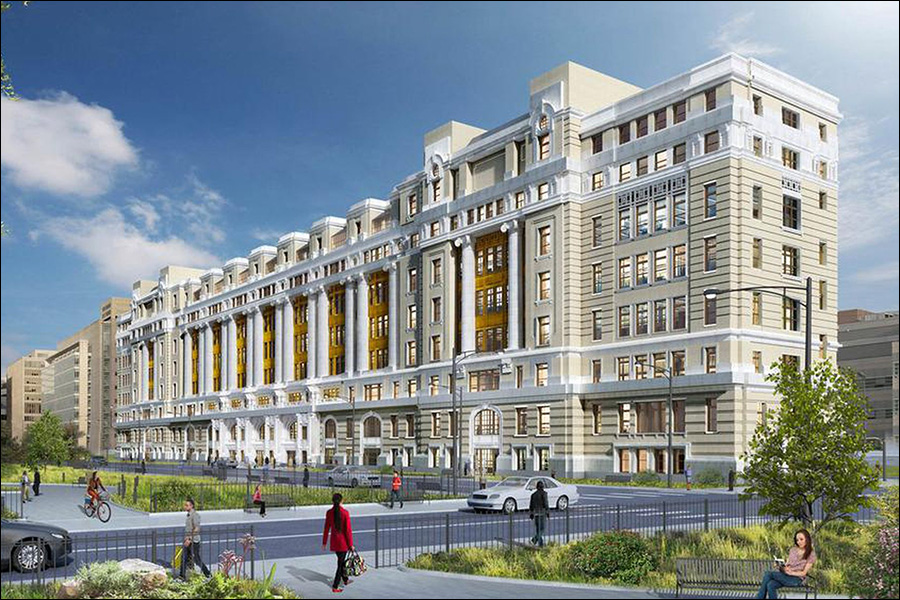 While some initial work, such as exterior scaffolding installation, started soon after the project’s ceremonial groundbreaking in June, the recent go-ahead represents the development’s largest and most significant permit to date. It comes on the heels of another important milestone reached earlier this month when the city’s landmarks commission voted in favor of a historic preservation tax incentive for the massive rehabilitation.

Designed by architect Paul Gerhardt in 1914, Cook County Hospital’s main building was listed on the National Register of Historic Places but has suffered from 16 years of vacancy and decay. The grand brick, granite, and terra-cotta structure was spared from demolition in 2003 when the Cook County Board overruled then-board president John Stroger’s decision to tear the outdated hospital down. 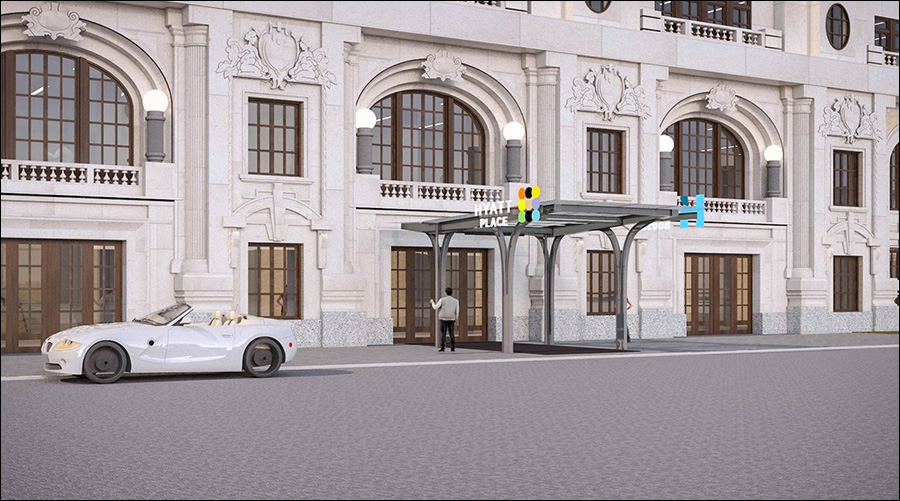 Early this year, a private joint venture known as Civic Health Development Group announced that it secured $135 million in financing for the adaptive reuse project. Architect Skidmore, Owings & Merrill is serving as lead designer in collaboration with Koo Interiors. The dual hotels are expected to open in 2020

Future phases of the estimated $1 billion Cook County Hospital masterplan call for additional structures comprising a mix of residential, commercial, and medical research use. These yet-to-be-finalized phases will be built on county-owned land located north, south, and east of the former hospital building.

Here are the people rehabbing the South Side and south suburbs