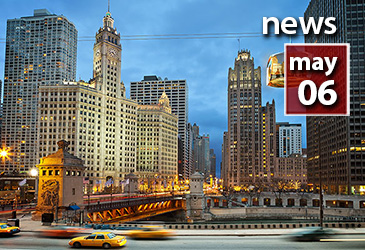 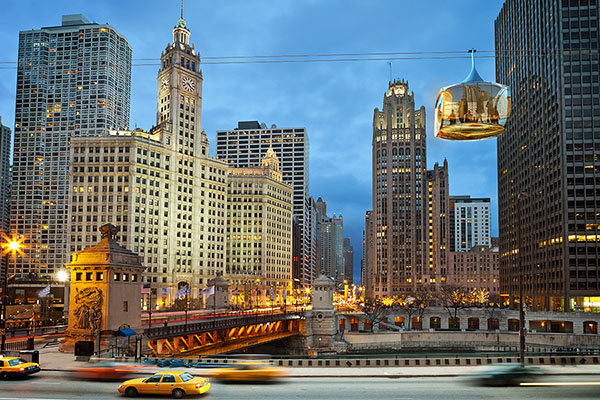 Aerial gondolas floating by cable along the Chicago River is the “new vision for tourism,” according to two directors of Choose Chicago, the organization that markets Chicago as a destination.

Speaking to members of City Club of Chicago on Tuesday, Laurence Geller and Lou Raizin presented ideas to attract more tourists to the city with projects that “capture the mind and inspire the soul of both residents and visitors alike.” 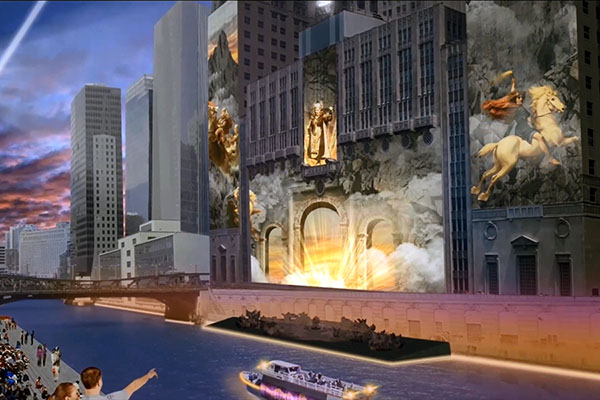 (Above) Another idea is to project moving images onto the river-facing rear of Civic Opera House.

The goal, say Geller and Raizin, is to raise private money for projects that would serve as “tourism ignitors” and increase Chicago tourism by millions of visitors each year. At the very least they are hoping the ideas inspire discussion about what Chicago should be known for.