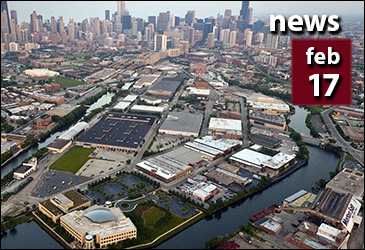 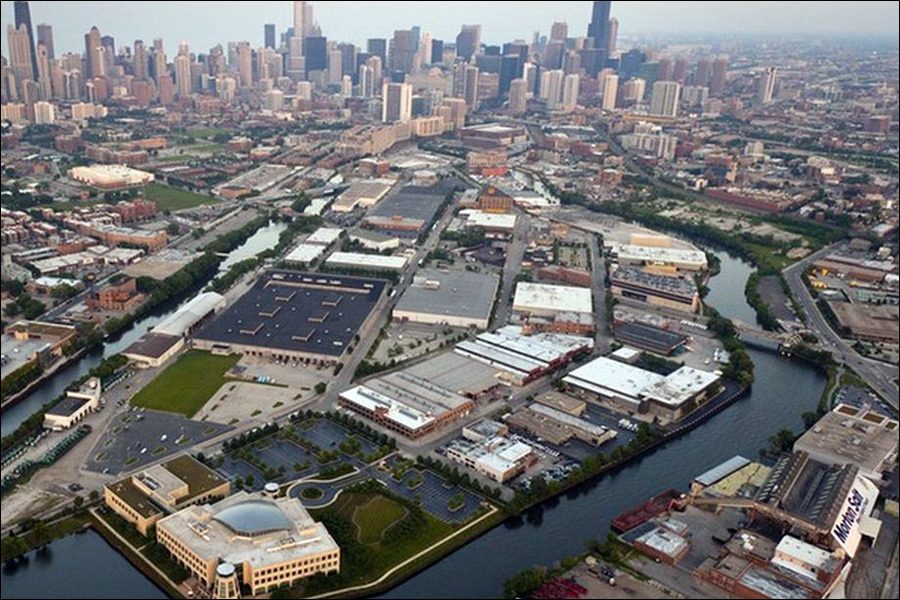 As city planners close in on a comprehensive future land-use plan for the North Branch Industrial Corridor stretching from Kinzie Street to north of Fullerton Avenue, the period for Chicago residents and other stakeholders to publicly weigh-in on the initiative is coming to a close. The last of several community meetings on the subject is set to take place on Tuesday, February 21st at 6:00 PM at Goose Island’s UI Labs at 1415 N. Cherry Avenue.

Following the meeting, The Chicago Department of Planning and Development (DPD) will upload drafts of its land use and development framework online and will continue to accept public comment for an additional 30 days. After that time, a finalized land use plan is expected to go before the City of Chicago’s Plan Commission for approval.

A separate transportation plan for the corridor by Chicago’s Department of Transportation is underway and should be completed by this summer. Among the discussed improvements are efforts to repair many of the area’s bridges, modernize traffic signals, and perhaps even extend the 606 cycle and jogging trail east from Bucktown to Lincoln Park.

As things stand now, roughly 82 percent of the North Branch Corridor exists within a Planned Manufacturing District (PMD)—a protected industrial zoning designation that has never been amended or lifted by the city of Chicago. The DPD’s forthcoming report will guide the fate of the North Branch PMD and could set a precedent regarding the way city planners approach other manufacturing districts that have perhaps outlived their usefulness as heavy industrial zones.

While the growing number of high-tech office and manufacturing jobs flocking to Goose Island—as well as C.H. Robinson’s new SOM-designed HQ—fit nicely within the existing PMD, other projects such as Sterling Bay’s upcoming mixed-use redevelopment of the 28-acre former Finkl Steel site will likely require a substantial rethinking of the PMD.

So far residents have remained split on whether retail and/or residential uses are appropriate for the riverfront corridor. “People are debating this right now and it’s a healthy debate,” said 2nd Ward Alderman Brian Hopkins of the process at the first North Branch meeting hosted back in June of 2016.

In the meantime, Hopkins’ city council colleague Alderman Michele Smith (43rd Ward) has been pushing for dedicated public recreational space to be set aside by city in addition to the private development gearing up to take place. In an email to constituents yesterday evening, Smith urged residents in support of bringing more park space to the North Branch Corridor to send their comments directly to the city (DPD@cityofchicago.org).

Next week’s meeting is expected to be well-attended and space will be limited. Individuals looking to participate are strongly encouraged to RSVP here. The Department of Planning and Development will later post its full slideshow along with a meeting summary for those unable to attend or anyone wishing to review the presentation.