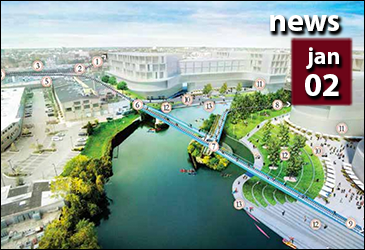 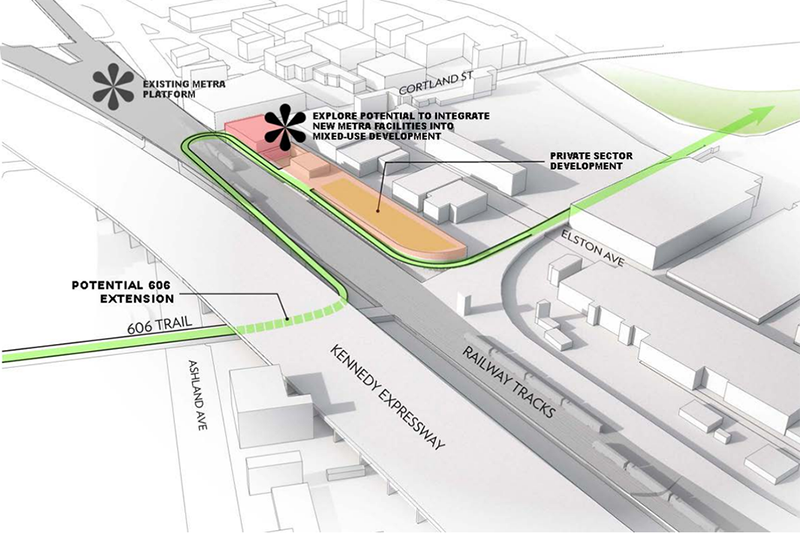 Championed by 2nd Ward Alderman Brian Hopkins, local residents, and upcoming Finkl Steel redeveloper Sterling Bay, the idea to extend the 606—the Windy City’s hugely popular elevated jogging and biking trail—eastward over the Chicago River to Lincoln Park has nearly universal support. Political will notwithstanding, the extremely tight physical constraints posed by such a project left many wondering how it would ever be possible. With the Kennedy Expressway and Metra rail right-of-way running side by side directly in the path of the proposed addition, it seemed that bridging the water was actually one of the least daunting aspects.

Despite these inherent challenges, the city’s Department of Planning and Development has a potential plan to overcome these barriers. In fact, it has no less than four schemes under consideration. These solutions were part of a presentation this month regarding the forthcoming land use plan for the Chicago River’s rapidly transforming North Branch Industrial Corridor.

Utilizing gently sloped and carefully positioned ramps—or perhaps even a tunnel—the plans put forth interesting concepts such as integration with the existing rail platform and taking advantage of the Z6 freight bridge, as advocated by Alderman Hopkins in a speech at the City Club of Chicago back in May. The concepts could be pursued independently by the city alone or in cooperation with a private developer like Sterling Bay, who recently finalized its $140 million acquisition of the 28-acre Finkl Steel site.

Even according to the city’s own documents, stretching the 606 over the river is a “long-term implementation goal.” That being said, the presentation shows that planners are taking the concept seriously and are even exploring the idea of additional public amenities like a new skate park under the expressway. Meanwhile, the Active Transportation Alliance advocacy group recently released its Chicago River Trail Action Plan which includes its own vision of the 606 meeting the Finkl site rendered by PORT Urbanism. 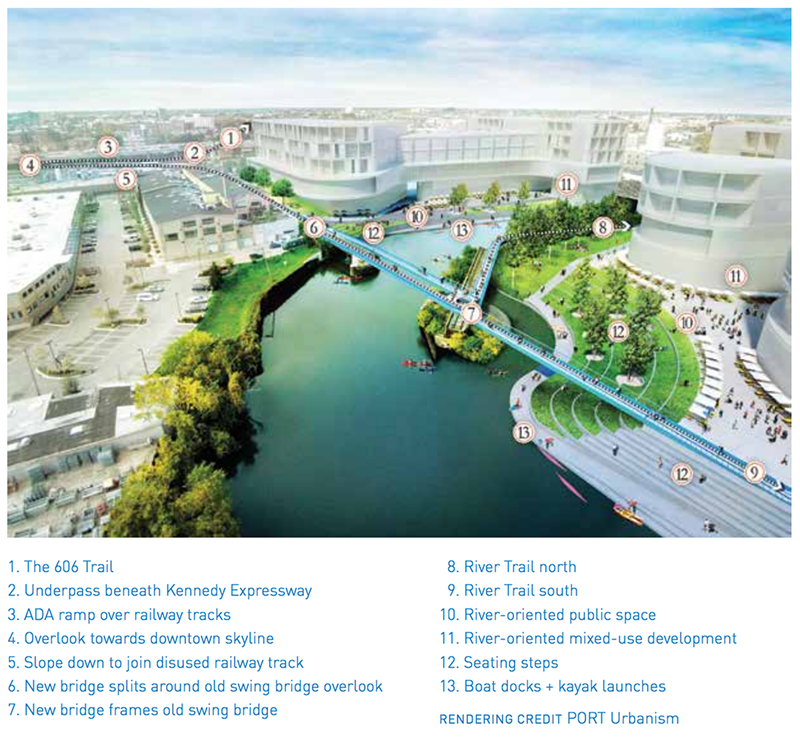