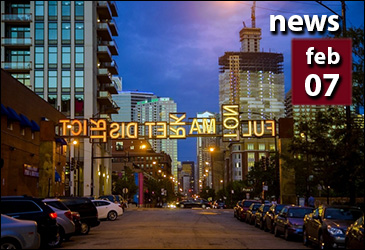 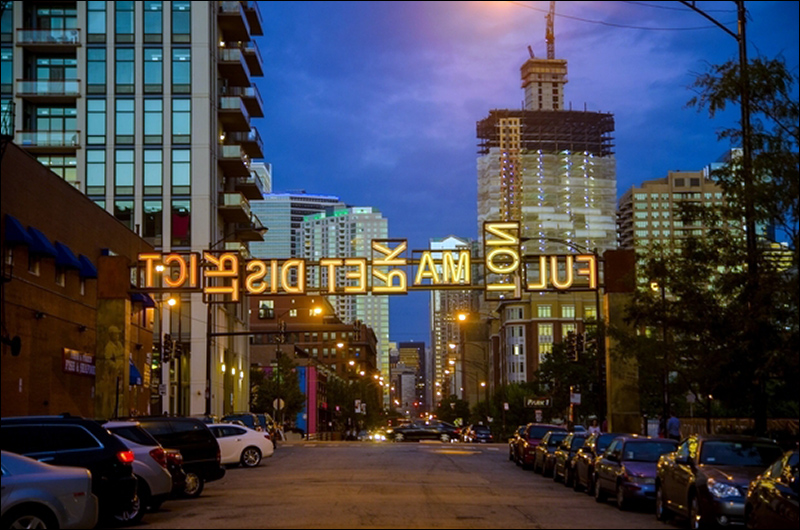 The city today is announcing it’s spending nearly $20 million to class up the red-hot Fulton Market neighborhood, with new pavement, cobblestoned intersections, improved lighting and pedestrian-friendly tweaks on the way.

But the project is meeting with less-than-universal acclaim in the rapidly gentrifying area, which has seen some pretty good fights between developers and those who want to retain the area’s historic food-market character.

According to a city statement, the Department of Transportation will break ground in March on the first phase of the $19.6 million project on Fulton from Halsted to Carpenter. Work is set to be completed next year, when the city also will begin phase two, from Carpenter to Ogden.

A rendering of the proposed streetscape

Said Mayor Rahm Emanuel in a statement, “Working closely with (local) Ald. (Walter) Burnett, 27th, and community stakeholders, the city is making the necessary investments to modernize the existing infrastructure and restore the historic area to make it safer for pedestrians and suitable for the mixed-use economy of the 21st century.”

But according to Roger Rominelli, executive director of the Fulton Market Association, the last public meeting on the streetscape project was held in September 2015, and the city then showed only draft designs.

“There’s been no meeting or public discussion since then,” said Rominelli, though the city has briefed some individual landowners. “I’d think with a project of this magnitude, you’d want the community to see the final design.”

A rendering of the proposed streetscape

Rominelli said his group welcomes help for pedestrians and is neutral overall. But he expressed concerns that the project, which will be financed with proceeds from a tax-increment financing district whose borders extend as far west at Kedzie, will pull money from other unmet needs in the TIF.

Among them are new Green Line el stops at Damen and Western, and more security to fight a recent outbreak of vandalism, he said.

According to the city, the new improvements include reconstruction of Fulton, installation of ramps for wheelchairs and hookups for potable and electricity to accommodate use as a farmers market.

The idea, the city says, is to keep the historic look of the area while making it more attractive and easy to use.

The area is home to the new Midwest headquarters of Google and is about a block away from McDonald’s new world headquarters, which is under construction.

Renters, Landlords Can Learn Their Rights At Free Event
Scroll to top