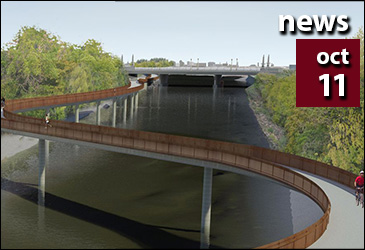 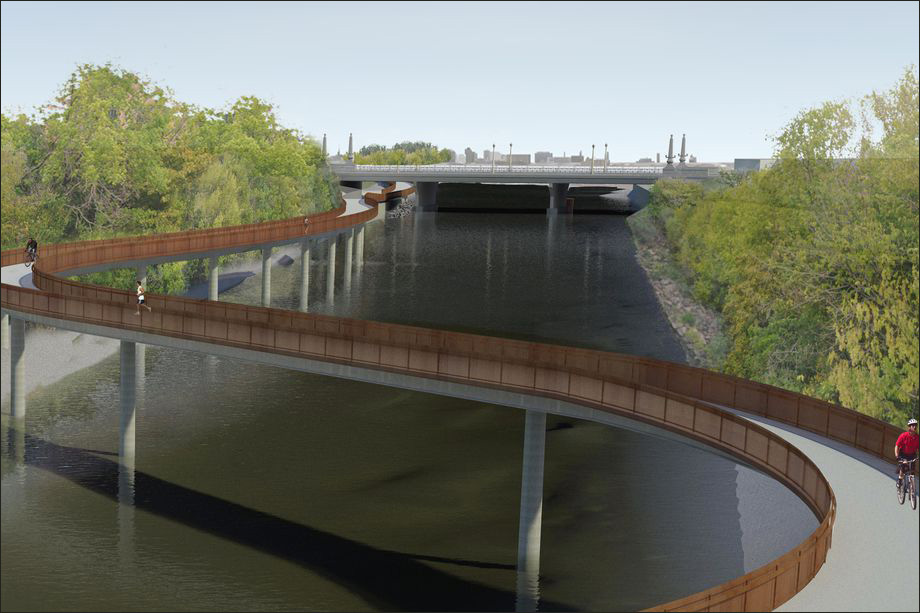 After years of planning, city leaders finally met this week to officially break ground on an elevated pedestrian and cyclist path for the Chicago River’s North Branch. Formally renamed the 312 RiverRun, the upcoming trail will extend the North Branch riverwalk from Horner Park to Clark Park and California Park. Spanning nearly two miles, the trail will connect the Irving Park, Albany Park, North Center, and Avondale communities in a similar fashion that the 606 trail has done for the Bucktown, Logan Square, and Humboldt Park neighborhoods.

According to the city, the new 312 RiverRun will become the longest pedestrian bridge in Chicago. It will stretch 1,000 feet in length and at its widest points will be 16 feet wide, allowing for room for runners, pedestrians, and cyclists to use simultaneously. And because it does not cross major roadways, the city suggests that it will be safe and accessible for users.

The city does not mention an exact figure for the project, though it does indicate that the RiverRun is just one component of the $800 million Building on Burnham program which is focused on lakefront and Chicago River improvements. Designed by Epstein Global, renderings reveal a winding path with lights and barriers for all-season use.

The upcoming pedestrian bridge is expected to be completed by late 2018.

Porches Are Making a Comeback