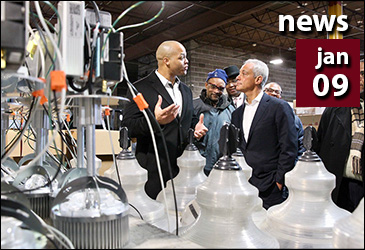 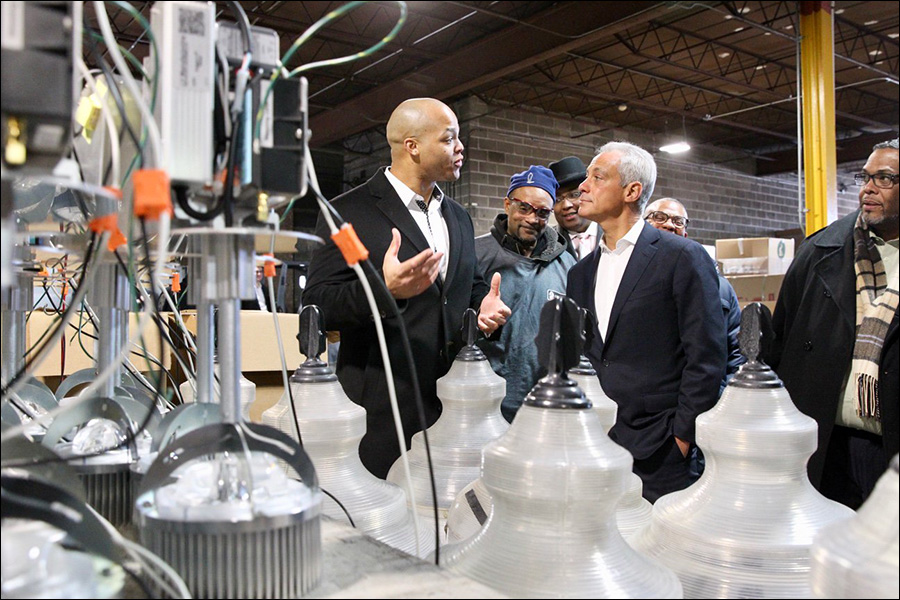 More than 18,000 smart LED lights along major South and West side streets have been installed as part of a larger modernization project aimed at improving the safety and quality of Chicago’s neighborhoods. Now the city will focus on lighting up more West Side residential streets with the new fixtures, the mayor announced Friday.

The Chicago Smart Lighting Program launched last year and plans to replace 270,000 street, alley and viaduct lights within four years, the mayor said. Lighting work has been focused on neighborhoods with “heightened public safety concerns,” so that these areas may benefit first.

The LED light fixtures will replace outdated high-pressure sodium lights in older lamps. While the familiar orange glow will be no more, the LED bulbs last longer and are more energy efficient. The new lights will also alert the city when the bulbs go out or need service—addressing one of the top reasons residents call 311.

Mayor Rahm Emanuel toured the Lyons View manufacturing plant on the West Side on Friday, where more than half of the lights used in the program’s first year were assembled. The plant has been able to add jobs because of the lighting program, some of them going to ex-offenders, according to the mayor’s office.

If you’d like to see where the city has completed installations or what streets are up next you can track the progress through this map.