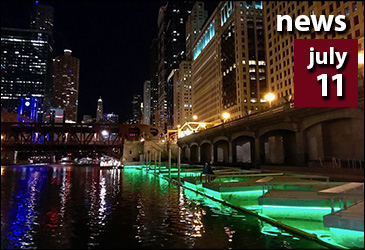 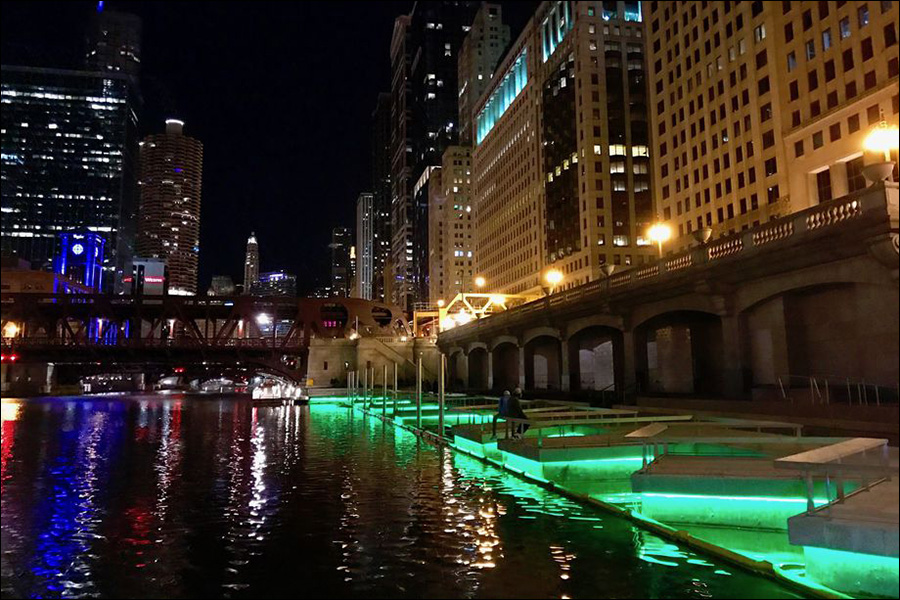 Already the site of new public artwork, the Chicago Riverwalk will “go global” later this week as part of a six-week-long event to celebrate the culture and cuisine of the Windy City’s 28 international sister cities. Dubbed “Unifest on the River: One Globe, Many Cultures,” the downtown event is scheduled to take place every Thursday afternoon between 4:30 and 8:30 PM starting July 13th. It runs through August 17th.

Unifest will occupy “the Jetty” segment of the Riverwalk located between Wells and Franklin. Each Thursday, seven sister cities will be profiled with various offerings of food, beverage, and music. Highlights of this week’s lineup include beats from a pair of Parisian DJs, vodka from Warsaw, Poland, wines from Durban, South Africa and Petach Tikva, Israel, and food from Hamburg, Germany and Athens, Greece.

“With the Riverwalk’s surrounding architecture and bridges as a backdrop, Unifest celebrates what makes Chicago a world class city—a global mix of cultures and communities coming together to enjoy everything the city has to offer,” Mayor Rahm Emanuel said in a statement. The extended six-week menu as well as pricing information is available on Unifest’s official website.

May home sales up 5.1 percent in Chicago area