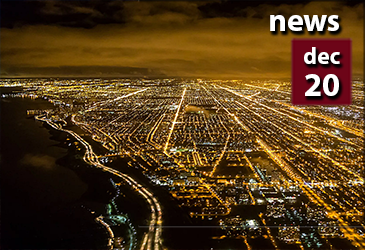 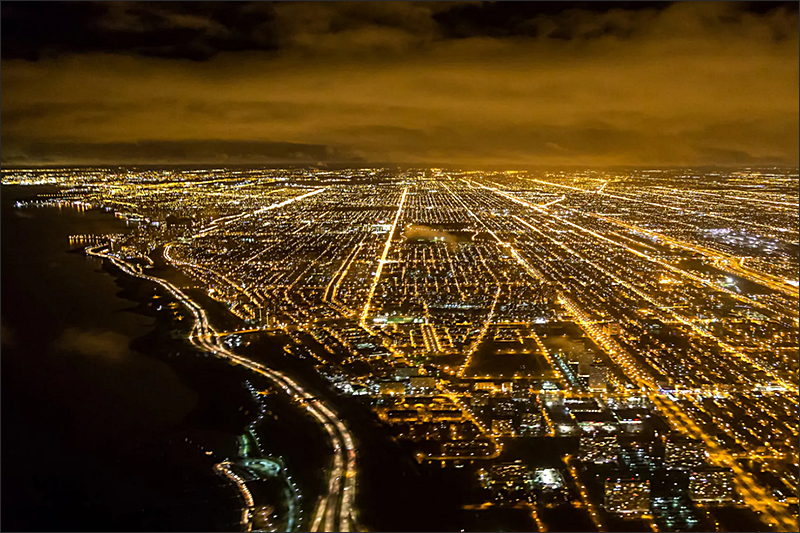 Over the next four years, the City of Chicago will embark on its “Smart Lighting Project” to swap the city’s 270,000 distinctive—albeit obsolete—orange-colored sodium bulb streetlights for modern LED replacement units. The program aims to improve the performance and reliability of Chicago’s current streetlights and also cut down on power consumption and light pollution. Though this means the Windy City is set lose its iconic amber glow, there is still a chance for Chicago residents to weigh-in regarding the look of the city’s future nocturnal streetscape. 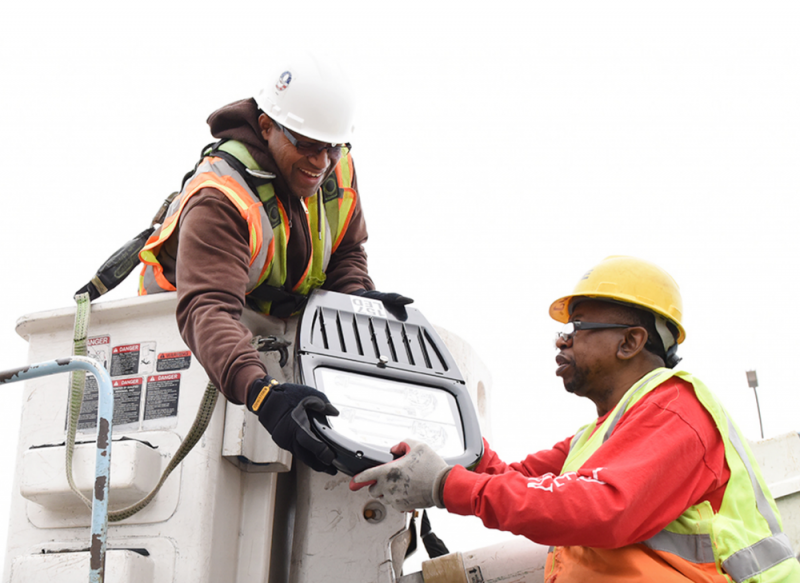 This month, the Chicago Infrastructure Trust (CIT) has rolled out example light fixtures in seven neighborhoods—installing demonstration lights on arterial streets, residential side streets, and alleyways. The city is seeking feedback from residents regarding the quality, intensity, distribution, and color temperature of the lights. The last point is of particular interest given recent missteps by cities that got the color wrong. For example, Phoenix had to replace its entire array of brand new 4000 Kelvin bulbs after they were deemed unpleasant and unsafe for being too harsh and blueish.

It’s difficult to form an opinion regarding the quality of the lights Chicago is proposing without first seeing them in person. Given December’s especially frigid weather, it’s likely that a less than ideal number of Chicagoans have had a chance—or desire, for that matter—to walk outside in the dark and look at streetlights. That being said, the end-of-month deadline for public comment is fast approaching. Feedback is currently being accepted via an online survey on the CIT website.