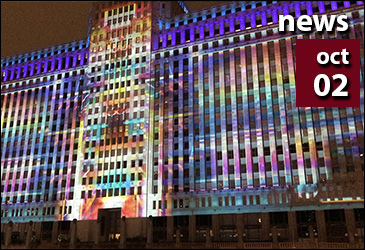 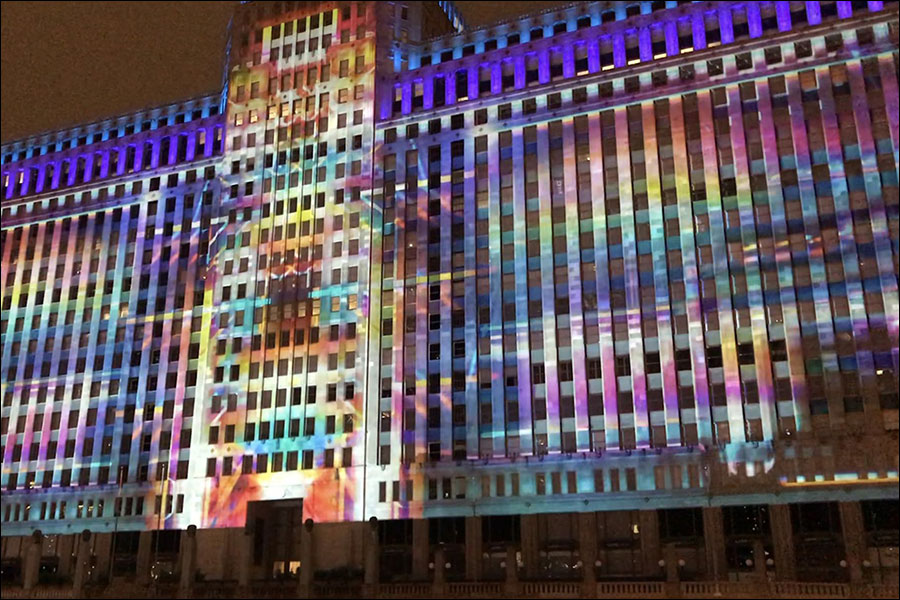 On Saturday, Chicagoans got their first taste of Art on theMART, a hard-to-ignore transformation of the city’s famous Merchandise Mart into a 2.5-acre canvas for digital art.

Thousands of onlookers watched from Wacker Drive, the Chicago Riverwalk, neighboring high-rise buildings, powerboats, and kayaks as the projectors were switched on for the first time. The show lasted roughly a half hour and featured works from four artists—Diana Thater, Zheng Chongbin, Jason Salavon, and Jan Tichy. The event concluded with a fireworks display.

Funded by building owner Vornado Realty Trust, the $8 million installation will strictly showcase art with no corporate branding or sponsorship. Vornado has a 30-year agreement with the City of Chicago for Art on theMART, making the installation the largest and longest-running digital art project in the world.

Art on theMART is scheduled to run for up to two hours a night, five days a week (Wednesday through Sunday), March through December. Here are some of the best images and creative angles from Saturday’s spectacular debut.

Wanted: The Chicago bungalow for the 21st century
Scroll to top