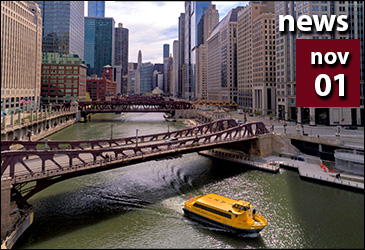 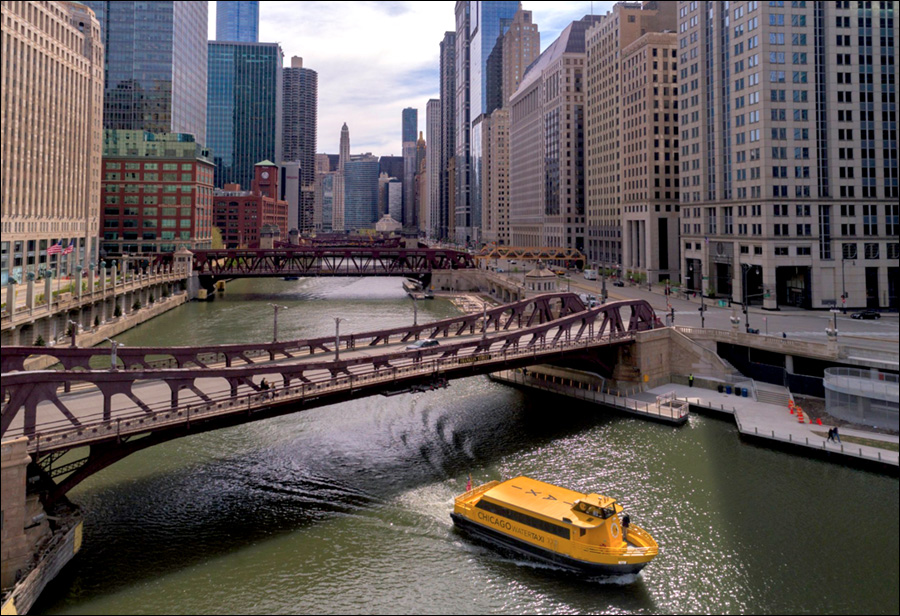 Chicagoans can expect to see the Windy City’s iconic yellow water taxis scooting along the Chicago River much later in the season in 2017 than in years past. Chicago Water Taxi has announced that it will delay the end of its season from Thanksgiving weekend to December 15th. The move represents the first time that service has extended to the last month of the year since 2010.

The choice to keep the boats running was a result of sustained customer demand rather than hopeful predictions of mild weather, reports the Chicago Tribune. Service will, however, progressively wind down as winter approaches.

This past weekend, the taxi fleet was reduced from three to two boats as weekday trips to Chinatown concluded for the year. On November 26th, service will taper to a single vessel—the largest of the fleet with onboard heat.

The end-of-the-season run could come to a close earlier than expected should extreme temps and river ice prove disruptive. After fresh coats of yellow paint, regular service typically resumes in the spring with the dyeing of the river on St. Patrick’s Day weekend.

With the Windy City experiencing a boom in riverside development, the Chicago Water Taxi fleet could get very busy over the next decade. Proposed waterfront mega-projects such as Lincoln Yards, The River District, The 78, and the revitalization of the Old Post Office all call for new water taxi stops.

The Chicago Skyline Of Tomorrow: Top 10 Tallest Buildings Are Changing