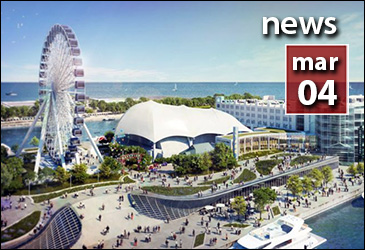 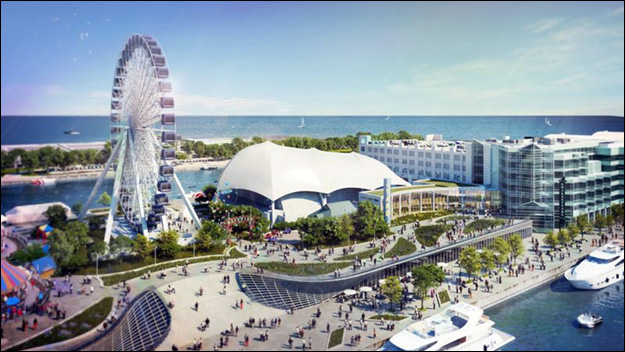 Today Chicago Shakespeare Theatre announced plans for a new $35 million performance space with the aims of increasing both its cultural footprint in Chicago and expanding its programming options. While Navy Pier is engaged in a multi-year improvement process to shake its kitche 90’s tourist trap image and draw local residents back to the lakefront destination, it has also been the longtime home of one of Chicago’s great (if not under-appreciated) cultural institutions. Renowned for its award-winning, student-friendly productions, the non-profit theatre company currently features two stages with seating for 510 and 200 patrons. Under the new plan, Chicago Shakespeare Theatre will more than double its existing capacity. 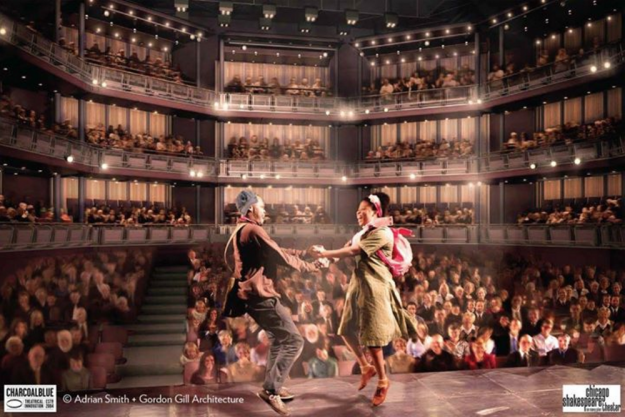 The annex, dubbed “The Yard,” will be constructed beneath the whale-shaped canopy that has covered the open-air Skyline Stage since the Pier’s redevelopment as a tourist attraction in 1994. Designed by Chicago architectural powerhouse firm Adrian Smith + Gordon Gill, the new enclosed performance space will feature a collection of nine movable multi-story seating blocks that can arrange audiences in a variety of layouts — including a 360 degree theatre-in-the-round homage to Shakespeare’s famed Globe in London. 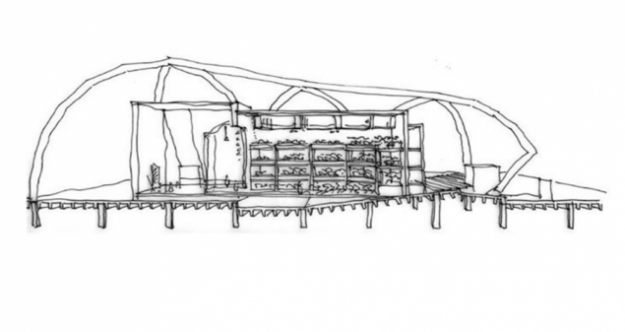 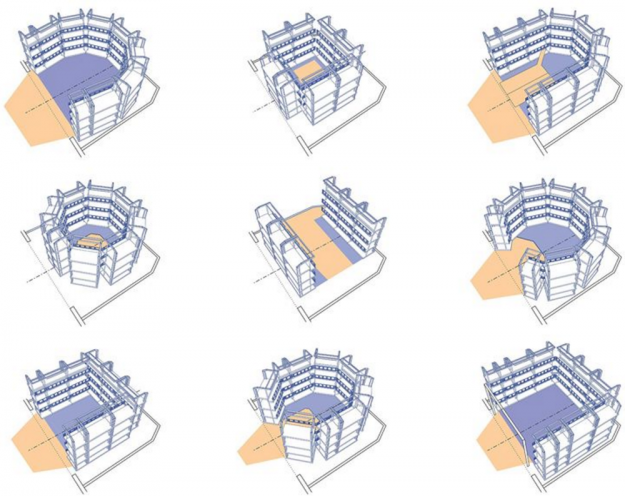 With the ability to replicate the configuration of the CST’s existing stages, Chicago Shakespeare Theatre can theoretically extend the runs of its most popular shows like “The Tempest” and “Ride the Cyclone,” according to Chris Jones of the Chicago Tribune. The Yard will be able to accommodate as many as 850 patrons or shrink down a 150 seat venue depending on the demands of each production. A new lobby designed by AS+GG will bridge The Yard and the CST’s two existing stages to the east and will engage the Pier’s new “grand staircase” to the south. 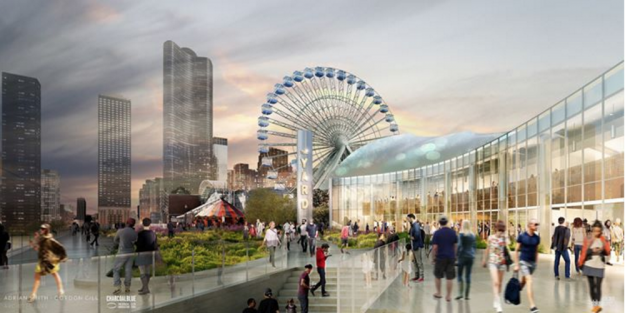 Adrian Smith + Gordon Gill is teaming up with the theatre specialists at Charcoalblue to handle The Yard’s interior buildout and acoustic design. With the Royal Shakespeare Theatre at Stratford-Upon-Avon featured in the British company’s extensive portfolio, Charcoalblue certainly has the chops to bring Chicago Shakespeare Theatre’s ambitious project to fruition. The plan also hopes to attract greater attention to the theatre company by using the old Skyline Stage’s white canopy as a giant screen to project dynamic lighting displays that should look “spectacular” from Navy Pier’s new Ferris wheel. Construction on The Yard is anticipated to begin this spring.