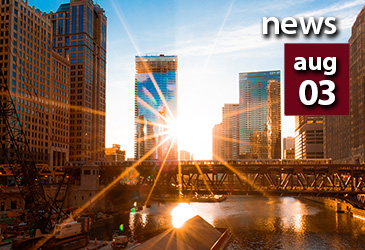 The shade of a tree can cool you on a hot day — and it can do the same for your air conditioner.

As one of the markets taking its time to come out of the housing crash, the light seems to be getting brighter at the end of the tunnel for the Chicago real estate market. According to a recent report released by Dodge & Data Analytics, residential construction in Chicago increased in June and for the first part of the year compared with numbers seen the year prior.

Total building dollars was unchanged for the month of June, the report says, but much of the heat came from the fall in nonresidential construction activity. In 2015, the total dollar amount was reported at $731,423,000 for nonresidential construction in the month of June. This figure dipped to $551,648,000 in 2016, representing a 25 percent annual dip.

What can a tree do for your overworked air conditioner?
Scroll to top