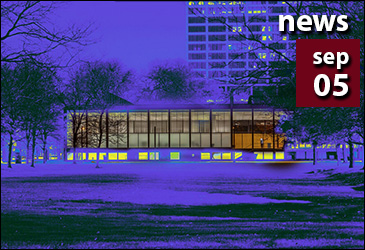 With only two weeks until the launch of the 2017 Chicago Architecture Biennial, the team behind the event have been releasing a steady stream of promotional teasers and guides. For those planning to attend, there’s a lot to take in and see, but the Biennial has helped organize some of the happenings in one blog post.

In addition to its guide on exploring the Biennial, the team behind the exposition have also released a promo video.

Led by artistic directors Sharon Johnston and Mark Lee of LA-based architecture firm Johnston Marklee, this year’s edition of the Chicago Architecture Biennial aims to bring the past and future together under the banner of “Make New History.”

This year’s Chicago Architecture Biennial, which will highlight designers and architects from over 140 different firms, launches on September 16, 2017 and will run through January 7, 2018.

Chicago Labor Day Weekend 2017: What to Do