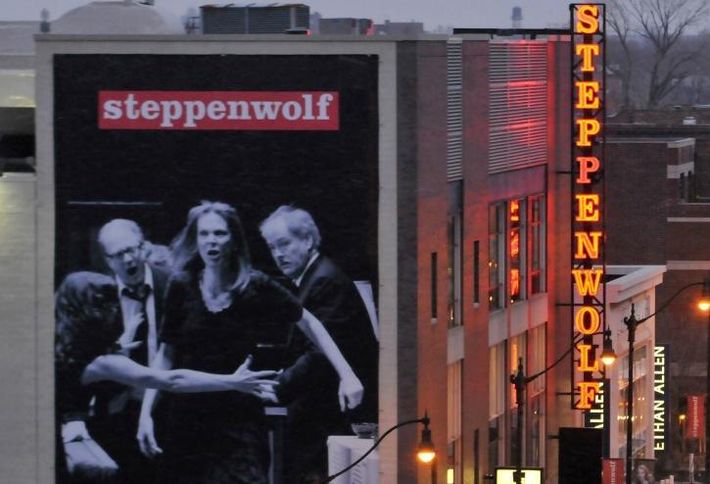 Chicago is known for many things—good hot dogs, bad baseball (except for this year) and theater. Strong ensembles run through the city’s fabric, and actors and playwrights have cut their teeth in the Windy City, sometimes striking big and giving back. Here are five theaters carrying the torch for Chicago’s performance scene.

Jackie Taylor founded Black Ensemble Theater in 1976 to give black playwrights, actors and other theater professionals opportunities not afforded to them in mainstream theater, and to celebrate African-American contributions to the arts. The ensemble moved into a new 170-seat space at 4550 N Clark in 2011 and celebrates 40 years this year.

Notable Developments: Black Ensemble Theater is a short walk from the heart of Uptown, where Cedar Street continues to transform the neighborhood with several adaptive reuse projects.

What’s Hot? Taylor’s Don’t Make Me Over, a tribute to Dionne Warwick, just opened and will run through May 15. Black Ensemble Theater will also revisit some of its greatest plays as part of its 40th anniversary celebration.

One of Chicago’s oldest theater ensembles, the Goodman was founded in 1925 as a tribute to playwright Kenneth Sawyer Goodman, who died in the Great Influenza Pandemic of 1918. In 2000, the Goodman moved into modern digs at 170 N Dearborn just as today’s downtown theater district took shape. It’s now an integral foundation of the district.

Notable Developments: The Goodman is in the center of the Loop, one of America’s hottest real estate markets. Just around the corner from the Goodman, John Murphy is converting the offices above the Oriental Theatre into a Cambria Hotel.

What’s Hot? Now is a good time to get tickets to the Goodman’s celebration of A Raisin in the Sun playwright Lorraine Hansberry, honoring the author’s Chicago roots and legacy. The show runs April 30-June 5.

Notable Developments: Col. Jennifer Pritzker is leaving her mark on Rogers Park, with a Morse Street condo development in the works. Pritzker also recently closed Mayne Stage to the public and is repositioning the space for private events.

What’s Hot? Lifeline’s next show is an adaptation of the novel Her Majesty’s Will. It opens May 26 and runs through July 17.

4. Logan Center For The Arts

The Logan Center for the Arts opened in 2012 at 960 E 60th St thanks to a $35M donation from its namesakes, Reva and David Logan. The theater is a result of a study commissioned by the University of Chicago that concluded a multidisciplinary center for the arts was needed on campus.

Notable Developments: U of C has long been a player in the Hyde Park real estate market. The school earned $70.1M last October selling a 690-unit multifamily portfolio. It also won the bidding for the Obama Presidential Library, which many believe will be built in nearby Washington Park.

What’s Hot? Stories Around the World on May 17 is a storytelling event geared toward children in grades 3 through 6.

Arguably the most popular theater ensemble in Chicago and outside the city, Steppenwolf boasts a powerhouse ensemble led by founders Terry Kinney, Gary Sinise and Jeff Perry and notable names like John Malkovich, John Mahoney, Tony Award winner Tracy Letts and Martha Plimpton. Its home base at 1650 N Halsted stands out like a beacon in Lincoln Park.

Notable Developments: The NewCity mixed-use development is a short walk from Steppenwolf. North, Clybourn and Halsted is one of Chicago’s hottest retail corridors.