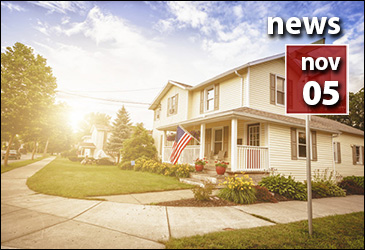 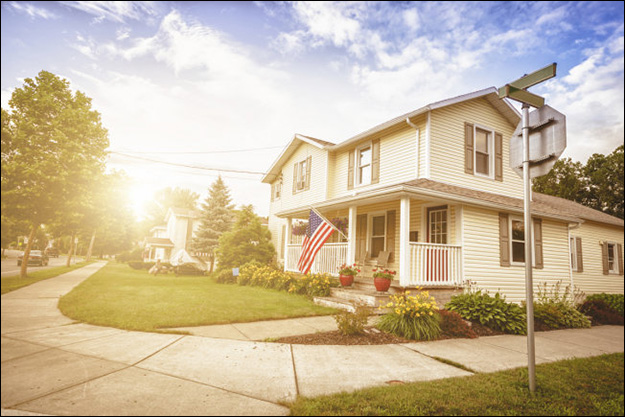 The housing crisis may have tempered some enthusiasm for homeownership, but many people still consider putting down roots and buying a home to be part of the American dream. This is especially true for immigrants to the U.S. In fact, they accounted for nearly 40 percent of the net growth in homeowners between 2000 and 2010, according to a report by the Research Institute for Housing America (compare this with the 1970s when they represented just over 5 percent of the growth).

But the path to homeownership isn’t always easy for newcomers. Here a look at the challenges permanent or nonpermanent resident aliens with work visas or green cards sometimes face.

Language barriers. Many immigrants are fluent in English, but for those who aren’t, discussing complex mortgage or real estate terms can be a lot more complicated than exchanging pleasantries at the grocery store or completing a transaction at the post office. For instance, Jeff Riber, a broker and owner of ERA Heavener Realty in Jacksonville, Florida, worked with two couples who immigrated from Bosnia: a daughter who was fluent in English and her parents. “She was having to run point on the entire process for her parents,” he says. “If you don’t understand the terminology, it’s unnerving.” That’s where having a trusted friend or family member to translate can help, especially if the person has been through the homebuying process.

Qualifying for a mortgage. Noncitizens working in the U.S. can qualify for traditional mortgage financing, but because lenders look at U.S. credit histories, those new to the country may not have enough time to build a credit history. With government-backed loans requiring full documentation, lenders generally want to see at least two years of U.S. tax returns from borrowers, including nonpermanent residents (those who have a valid work visa but not a green card yet), according to Rob Spinosa, a Mill Valley, California-based mortgage loan originator with RPM Mortgage. If, for instance, you have been working in the country long enough to file 2012 and 2013 tax returns, you might qualify for a mortgage backed by Fannie Mae or Freddie Mac. Having a relationship with an international institution that offers U.S. mortgages could also help secure a mortgage from that lender.

If not, you might still qualify for a loan from a portfolio lender – a company that originates mortgages and holds a portfolio of loans rather than sells them on the secondary market. As Spinosa explains, these loans typically come with a lower loan-to-value ratio (meaning you might not be able to borrow as much money), a different set of underwriting guidelines and a slightly higher interest rate. He adds that these lenders typically charge a variable interest rate rather than a fixed rate.

The process is a bit different for a non-U.S. citizen who wants to buy an investment property but doesn’t have a Social Security number tied to a credit report. “For us to get an approval for a foreign national, we are checking references for employment and credit references in the country of origin,” Spinosa says. A nonpermanent resident might also use this approach instead of waiting for two years of tax returns.

Of course, establishing credit and showing tax returns is less important if you’re paying cash, which some newcomers do. “There is lending available and they do take advantage of it, but it’s not their mentality [to take out a mortgage],” points out Reba Miller, owner of RP Miller Realty Group, a New York agency with over $1 billion in residential transactions. “It’s more of an American mentality.”

Michael Barbolla, head of Rutenberg Realty, one of New York City’s largest real estate brokerages, has seen several recent cash transactions involving foreign investors. “In many of these new buildings, they’re paying cash, and as long as there’s some verification of assets, the deals can run very smoothly,” he says.

Getting co-op approval. Housing discrimination based on national origin, race or religion is illegal in the U.S. That said, boards running a cooperative building are allowed to vet potential buyers, and not all of them are friendly to noncitizens. “Boards can’t say ‘we don’t want foreigners,'” Miller says, “but boards can say ‘we don’t want pied-à-terre owners, and that’ll signal foreign investors or someone with a second, third or fourth residence.” (A pied-à-terre is a secondary residence, usually in a large city, used for short escapes.)

Condominiums tend to be more flexible than co-op buildings. “Because it is cooperative living and because you are owning shares in a corporation, you would complete a board package,” Barbolla explains. “Co-op boards ask for all kinds of information, letters of reference, credit checks, and it’s very difficult for a co-op to trace back that information to a foreigner because you can’t necessarily run a credit check.”

Miller says she’s helped foreign buyers without much of a U.S. credit report to secure board approval by encouraging them to collect reference letters from their accountant, broker and others. Offering to put money in an escrow account for the co-op or having money in financial institutions that are known in the U.S. can also help their case. “Try to have transparency as to where the money is and how the money is being held,” she says. “If it’s locked up in a Swiss bank account, you’d have trouble showing it.”

The latest trend in housing? Roommates
Scroll to top