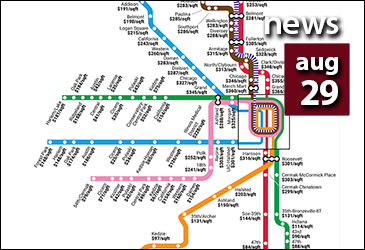 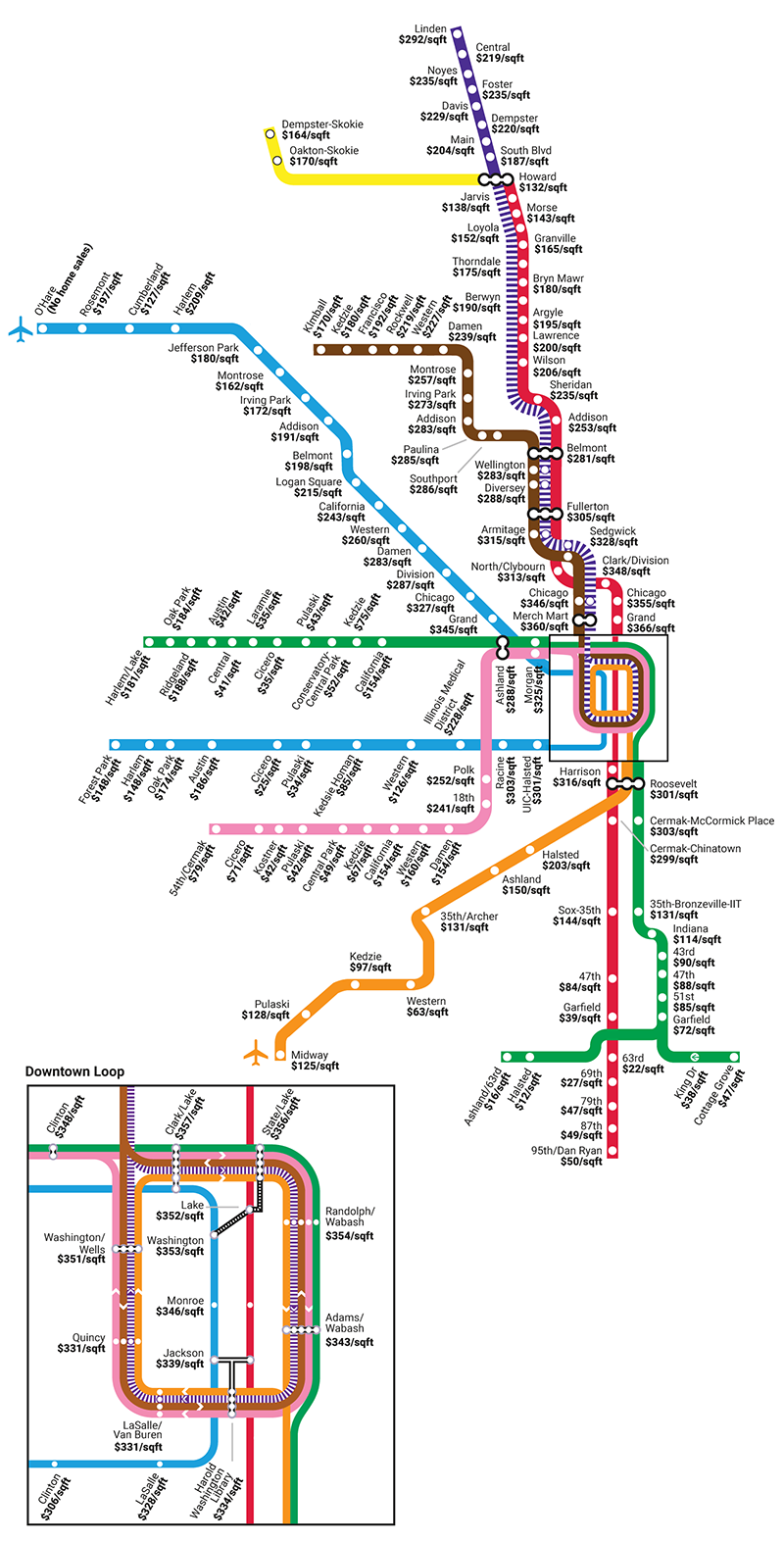 If you want to buy a condo near a Downtown “L” stop, be prepared to pay.

Estately, a Seattle-based real estate firm, released a map showing how much homes sold for per square foot within a half-mile of an “L” stop.

The stations with the lowest priced homes per square foot were all on the South and West Sides. Here are the 10 lowest:

Developers, both on the sales and rental sides, have been pushing for more housing projects near “L” stations throughout the city including Logan Square, West Town and Jefferson Park.

Things to do in Chicago this weekend
Scroll to top