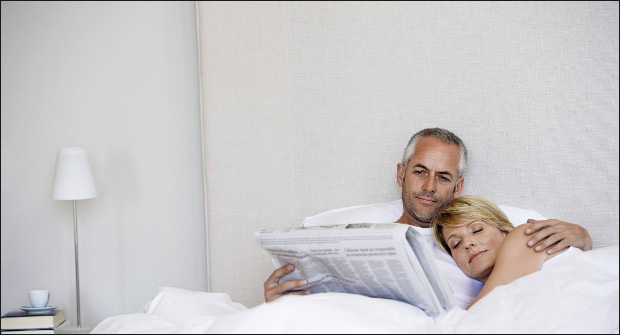 Instead of flocking to sunny beach havens or downsizing to a condo in the city during their retirement years, a majority of Baby Boomers say they’re just going to stay put in their old home.

In a survey of 4,000 Baby Boomer households conducted by the non-profit Demand Institute, 63% of Boomers plan to stay in their current home once they retire.

Much of that has to do with the recession. The financial crisis put an end to years of rapid wealth accumulation, causing the typical Boomer household’s net worth to fall to $143,000 in 2013 from just over $200,000 in 2007, according to Federal Reserve data.

“Boomers’ nest eggs have shrunk dramatically in recent years,” said Jeremy Burbank, vice president at The Demand Institute, the non-profit think tank run by the Conference Board and Nielsen. “Financially, this generation is not necessarily ready for retirement, and half of their assets are tied up in their homes.”

Not everyone is planning on staying put, however; 37% of the Boomers surveyed said they were planning to make a move.

Nearly half of the movers said they wanted to get a bigger place — and that they intended to spend more money on it. But with a median net worth of just $40,000, this group was among some of the least wealthy surveyed. In fact, the report found that many of those who were looking to “upsize” were also looking to switch from renting to owning.

Those who said they plan to move into a smaller home were much more affluent, with a median net worth of $322,000, the Demand Institute found.

Whatever the size of the home, Boomers seemed generally unconcerned about whether or not it would be “aging-friendly” — even though a whopping three-quarters of them reported having significant health issues, such as cardiovascular conditions, arthritis, obesity and high blood pressure.

And only one-in-five of the movers said they intend to live in senior housing.

Instead, many of those surveyed said they plan to use their money to remodel things like kitchens and bathrooms in order to increase the value of their existing homes.

More than 17% of the 76 million Boomers are already retired and about 10,000 will reach the traditional retirement age of 65 every day for the next 15 years. And even though many Boomers plan to stay in their current homes, the Demand Institute estimates that this generation will purchase about $1.9 trillion in homes over the next five years.

“Their choices will have a real impact on the housing sector in the next several years,” said Burbank.

When It Comes to Home Buying, Location Is King
Scroll to top