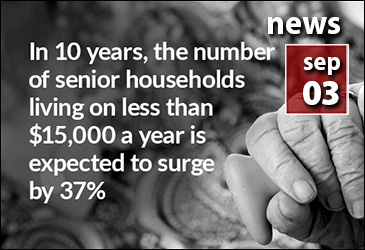 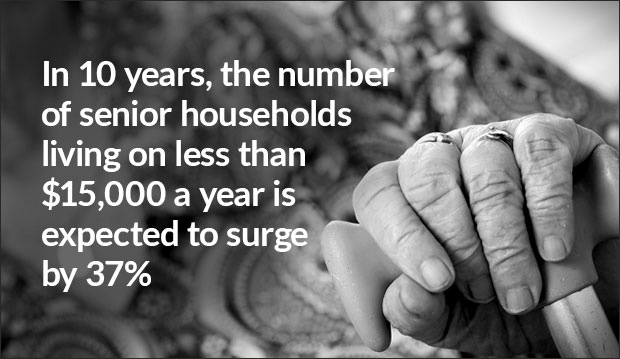 America’s Baby Boomers are facing a serious housing crunch, with many expected to struggle to afford their homes come retirement.

By 2030, the number of adults age 65 and older will more than double to 73 million, according to a report by the Harvard Joint Center for Housing Studies and the AARP Foundation.

And many of these retirees will need to put so much of their income toward housing — more than 30% — that they will have to cut back on other expenses like transportation, medical care, even food, the report found.

A big part of the problem: many Baby Boomers will enter retirement with less savings and more debt than previous generations.

A growing number of seniors are carrying mortgage debt into retirement, with more than 70% of younger Boomers ages 50 to 64, and 40% of those age 65 and older still owing money on their home in 2010. Even worse, they owed even more money on their loans, which is putting many older Americans in a “financially precarious” position, the report found.

Adding to Boomers’ burdens, less money is expected to come in. Over the next decade, the number of households age 65 and older living on less than $15,000 a year — below the poverty level for a two person household in 2014 — is projected to grow by nearly 40%.

The report recommends a variety of fixes, including property tax relief for seniors, increased federal rental assistance and improved programs to help seniors “age in place” in their homes, instead of in costly institutions.