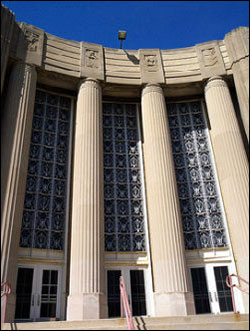 Avalon Park experienced a major demographic change in the 1960s. In the 1960 census, Avalon Park was 0% African American (only six of 12,710 residents). A decade later, Avalon Park was 83% African American, according to the 1970 census. The African American population continued to increase, making up 98% of the residents by 1990. The change in the neighborhood was different from the “white flight” that many other Chicago neighborhoods experienced: the average educational level increased, while the poverty rate decreased from 6.1% to 5.1% between 1960 and 1970. Unlike in some other rapidly changing neighborhoods, the homeownership rate remained high – still above 70%, as it has been since 1950. In the 1980 census, 59% of the population were employed in white-collar occupations; this rose to 65% in the 2000 census

Many bus line service the area and provide connection to the Red Line.