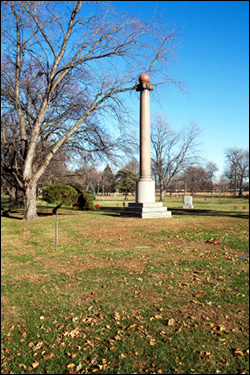 Located 14 miles southwest of the Loop;

Ashburn, which got its name as the dumping site for the city’s ashes, was slow to experience growth at the beginning of the 20th century. In 1893, the “Clarkdale” subdivision was planned near 83rd and Central Park Avenue along the new Chicago & Grand Trunk Railway, with 19 homes in the first 50 years. The early residents were Dutch, Swedish and Irish. Ashburn opened the first airfield in Chicago in 1916, becoming the home to the E. M. Laird Airplane Company. The marshy airfield closed in 1939.  The post-World War II economic boom, the industrial boom of Ford City, and the baby boom all contributed to a population boom in the 1950-’60s. Affordable home prices and close proximity to the Chicago Loop helped the boom. Before Bogan High School was built, and before the area west of Pulaski Road was developed, ash ‘heaps’ were visible in the area south of Ford City but north of 79th Street.

Also, the first food store in the area, north of the 87th & Pulaski “Hometown” Hi Lo food store which opened around 1954, was an Atlantic and Pacific Tea Company A&P store at the northwest corner of the 79th Street and Pulaski intersection. If you wanted more variety, you had to drive over to Kroger on Western Avenue, or further East on 63rd Street. The site of Bogan High School forced the ‘house’ move in 1955 of several brick homes which were re-located just east of Dawes Elementary School, from Springfield Avenue. Also, vast skating ponds in the winter were attractions for Dawes and St. Denis children, at the site of the current playgrounds for Bogan. Located adjacent Bogan High School is Bogan Park, which includes baseball fields, tennis courts, and some really tight basketball rims.

Along the southern edge of Ashburn, the square mile to the west is known as Scottsdale or St. Bede Parish. The center square mile is known as Ashburn or St. Denis Parish (which includes the now-defunct St. Denis Grammar School), and the easternmost square mile is known as Wrightwood, St. Thomas More Parish, or more affectionately as “Tommy More” (it too includes the now defunct St. Thomas More grammar school). The population of Greater Ashburn was predominantly Irish-Catholic until the 1990s when the area began to diversify. In the 1950s, St. Denis Grammar School was home to over 2,000 children, many of whom were in classrooms of 50+ students each. Classes during the 1959 White Sox Go-Go Series were held in the basement of the school due to overcrowding. There were also two shifts of school grades for grades 2 through 6. The pastors at St. Denis (Father Doyle, Father Hanley and Father Fullmer) were devoted to expanding the facilities and serving the Catholics, but could never have enough classrooms to house all the Catholic children in the classrooms in the mid to late 1950s. There was a satellite school at Springfield Avenue & 82nd Place in the early 1950s, and Dawes Elementary was filled, so much so that new schools, Carroll and Hancock, were built shortly after Dawes Elementary. Also, in the early days of St. Denis, the school had clear visibility looking east to Kedzie Avenue, as the Owen School was new and the housing was minimal to the east.

The Ashburn neighborhood was an attraction for certain carnivals, as it had vast tracts of land during the pre-construction boom. In 1953, at the corner of Springfield and 83rd Street, a carnival including elephants set up tents each year. Before the building boom in the mid-1950s, an army surplus store proudly sold “K-mart”-type items near the corner of Columbus and 85th Street; it saw its demise when a bowling alley was constructed nearby. The small white Methodist church at the corner of 83rd Place and Hamlin expanded into a great brick facility in the 1950s and was home to numerous Girl Scout, Brownie and Boy Scout meetings.

In 1999, The New York Times did an article on the Ashburn neighborhood as a case study in the difficulties of neighborhood integration in Chicago. Wrightwood, to the east, was the first section of the neighborhood to integrate, becoming dominately African-American. Ashburn experienced a significant transition to a largely blended African-American and Hispanic area. Scottsdale, to the west, has remained predominately white.