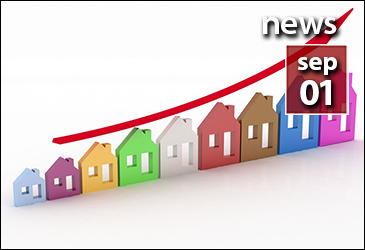 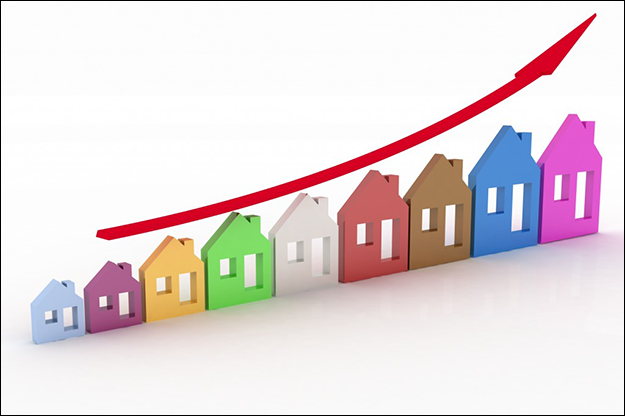 Which asset class has performed as well as bonds during U.S. equity bear markets of the past 60 years?

The answer, perhaps surprisingly, is residential real estate. During the Great Recession, of course, the real estate market collapsed along with stocks. But residential real estate’s performance during the 2007-2009 bear market was anomalous, according to data from Yale University’s Robert Shiller, winner of last year’s Nobel Prize in economics and the co-creator of the Case-Shiller Home-Price Index.

Besides bonds, no other asset class comes close to this good a track record during bear markets.

Residential real estate’s ability to hedge equity bear markets is of more than just historical curiosity, of course. The stock market recently experienced a full-scale correction, and it’s possible that we are already in a new bear market. And even if we’re not, a 20% or greater decline will happen sooner or later.

Residential real estate might even be a superior hedge than bonds in the next equity bear market. While real estate historically has risen along with inflation (positive correlation), bonds have been inversely correlated, tending to fall when inflation rises. If inflation were to heat up during the next bear market — as it did during the stagflation era of the 1970s, for example — bonds would be battling stiff headwinds.

The $64,000 question for investors seeking a hedge: Was residential real estate’s crash during the 2007-2009 equity bear market an anomalous event?

Professor Shiller’s response, when I put that question to him, was “To some extent, it must be… Overall there just isn’t much correlation of home prices with the stock market. So it [what happened in 2007-2009] looks like just chance.”

He added that residential real estate’s terrible performance during the Great Recession was in no small part caused by idiosyncratic developments such as “subprime mortgages, securitized in tranches, and dubious innovations, [as well as] liars loans.” Those developments are unlikely to play as big a role in the future, due to the greater “vigilance” that regulators now exercise over the real estate market — such as the Dodd-Frank act, which became law in 2010.

All of this suggests that investors should consider the possibility of hedging their equity portfolios with an allocation to residential real estate. Unfortunately, however, as Professor Shiller hastens to point out, that’s easier said than done. Many of the obvious investment vehicles don’t actually provide genuine exposure to home prices.

Take your home, for example, or investments in any other individual properties, for that matter. Idiosyncratic factors that are unique to each property will cause its investment return to diverge widely from that of the residential asset class as a whole. In addition, the market for physical real estate is relatively illiquid and transaction costs are high.

Real estate investment trusts (REITs) have a different set of drawbacks as a hedge. Though the market for them is quite liquid, they tend to “pretty much track the stock market” rather than the average price of residential real estate, according to Professor Schiller.

The same goes for stocks of home construction companies. Over the past two decades, for example, there has been a statistically insignificant correlation between the S&P 1500 Homebuilding index and the Case-Shiller Home Price Index. In contrast, those home building company stocks have been highly correlated with the overall stock market.

It is difficult to construct an exchange-traded fund pegged to the Case-Shiller Home Price Index – in fact the one ETF that attempted to do shut down just a year after it was established.

That leaves the futures market. Investors can bet on the performance of residential real estate via futures on the Chicago Mercantile Exchange that are tied to the Case Shiller Home Price Indices. But the market for these contracts is relatively illiquid, so even this alternative is not ideal. If you do invest in these futures contracts, be sure to use limit orders rather than market orders to buy and sell.

If you were convinced that a bear market in stocks had begun, you could hedge your equity holdings with an investment in residential real estate by allocating a small portion of your portfolio to these futures. You would pick a contract with a long-enough maturity to encompass the likely length of the bear market.

According Ned Davis Research, the average bear market of the past century lasted 13 months — and no bear market since the Great Depression has lasted two years.

Many individual investors have an aversion to playing the futures market on the grounds that they are too risky or hard to trade. But what makes futures risky is the leverage that traders employ, not the contracts themselves. The standard deviation of the Case-Shiller index’s annual returns, for example, is less than half that of the S&P 500 — and even more than a third less than that of long-term U.S. Treasuries.

Furthermore, most of the largest discount brokerage firms now allow you to trade futures as easily as you would an individual stock or ETF. So the aversion to futures may be a legacy of days of old when you had to jump through a lot of hoops to trade.

Investors with no experience trading futures would be advised to consult a financial advisor before doing so. If residential real estate performs as well in the next equity bear market as it has in most declines over the past half century, you will be glad you included it in your portfolio.