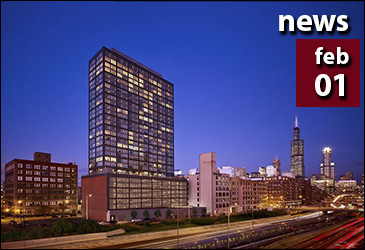 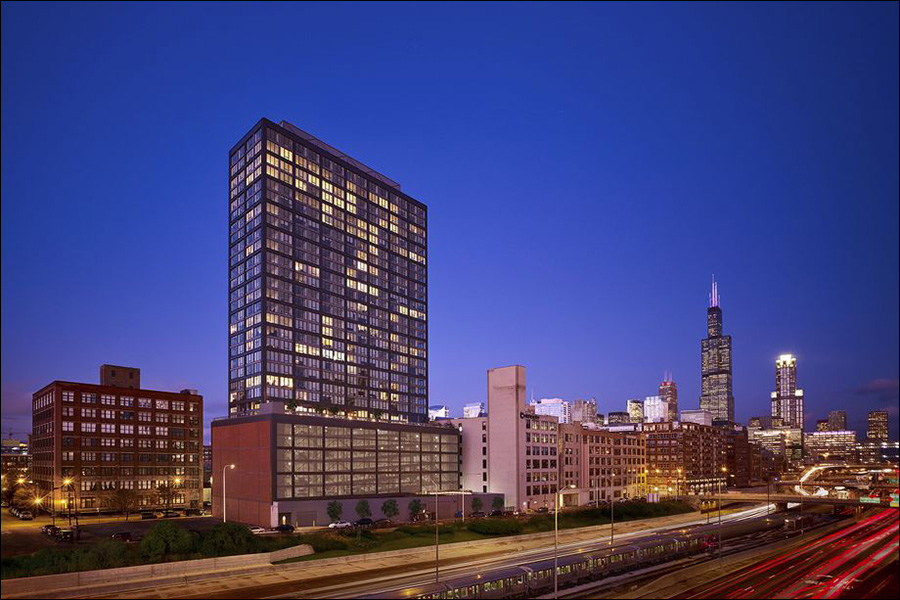 After designing the 30-story Landmark West Loop tower along the Eisenhower Expressway at the south edge of the neighborhood, the New York-based architect Morris Adjmi plans to make an even bigger splash in the heart of the Fulton Market District.

The proposed project at at 900 W. Randolph Street, a residential tower that could rise as high as 51 stories, would be a game changer for the area. Its 570-foot height has already sparked some controversyamong community groups.

On Tuesday, January 30, the architect will join representatives from Related Midwest and Tucker Development to unveil plans for the Restaurant Row site. The public presentation is scheduled to take place at 401 N. Morgan Street starting at 6:00 p.m.

In the meantime, Curbed Chicago caught up with Mr. Adjmi to discuss the West Loop, his philosophy and approach to designing projects within historic districts, and the inspiration behind his firm’s soon-to-be-unveiled Fulton Market high-rise.

Tell us about your firm.

Morris Adjmi: We are really known for our work in or around historic areas such as New York’s Meatpacking District. Our designs are highly contextual and often take on an industrial quality. We’re currently expanding with new projects in cities such as Philadelphia, Washington DC, Tampa, Miami, New Orleans, and—of course—Chicago.

What is your philosophy for designing buildings within historic areas?

MA: We like to spend time looking at specific neighborhoods, doing our research, and walking the streets. Every area has its own design language and understanding that is a great starting point. We look at materials that are compatible—not necessarily the same—as their surroundings.

Considering a specific site, you then have to really pay attention to things like the size of the building, its depth, how its articulated, how it fits into the existing streetwall, and engages the neighborhood at street level. These are things we looked at for our projects in the West Loop.

How does your approach differ when it comes to the West Loop versus the Meat Packing District?

MA: Every neighborhood is obviously unique but I think the two areas are more similar than different. They share many aspects such as scale, size of street, the kinds of activity, the predominance of brick as a building material.

Both areas are also stand alone compared to other parts of their respective cities. For instance, the West Loop feels very different than downtown Chicago, just like how Meatpacking is different than the parts of New York that were regularized post-Commission’s Grid of 1811.

What was the design process like for 900 W. Randolph?

MA: A big part of the design comes from the site itself. The restoration of the other historic buildings on three sides allowed for some of floor area to be transferred over [to the tower].

We also looked to the surroundings to create a streetscape that embraces the height of the neighbors by matching the existing streetwall and then setting the larger part of the building further back. This [approach] is consistent with the design guidelines for the West Loop.

What was your inspiration?

MA: I feel that all of our projects share at least some common DNA. For the Landmark West Loop project, I looked back at some of the detailing and articulation from Mies van der Rohe to inform the exaggerated channels and beams.

On the Randolph project, we drew inspiration from the bridges, the ‘L’, and some of the larger infrastructure and engineering projects found throughout Chicago.

Does the project take cues from the Chicago school of structural expressionism?

MA: Bingo. Yes. When I look at Chicago, I feel that is such a big part of its architectural language. It’s something that is appreciated by Chicagoans and by people around the world. And it’s something we tried to tap into.

Do you subscribe to the Mies van der Rohe approach of ‘I don’t want to be interesting. I want to be good.’

MA: Great quote, one of the best. If that can apply to what we are doing, we are on the right path. And look at all the Mies copycat buildings out there. It’s only when you see the real deal up close, you can understand what he was trying to do with the facade depth, materials, and details.

How do you balance contextualism and making a bold statement?

MA: It is a fine line. One of the first projects that I worked in a historic district was in Soho with [architect] Aldo Rossi and the description in the New York Times read “a building stands out by fitting in.” And that’s what I try to do on every project. A project needs a strong sense of place to work well within its given context.

When a building is all flash, I feel people quickly get tired of it. Instead, I want to design a building that lends itself to re-examination and discovery every time you see it. A lot of Chicago’s best buildings achieve that well.

U. of C.’s new dorm could transform Woodlawn into a college neighborhood