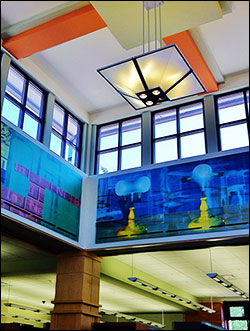 Located 7.8 Miles Southest of The Loop

Archer Heights is a primarily middle class neighborhood in Chicago, Illinois. One of the 77 official community areas of Chicago, it is located on the city’s southwest side. The neighborhood is a center of Polish culture, and home of the Polish Highlanders Alliance of North America as well as Curie Metropolitan High School. The Almanac of American Politics 2004 states that “Even today, in Archer Heights you can scarcely go a block without hearing someone speaking Polish”.

The name Archer Heights comes from the major arterial street, Archer Ave. which runs from south of Chicago’s downtown area through the southwest side of Chicago and beyond into the southwest suburbs. The street is built along what was once a Native American trail.

The second part of the name came from a developer that was building a subdivision in the neighborhood.  “Heights” was meant to impart a sense of prestige, according to the developer, even though the region sat no higher than any of the area around it.

The Chicago Transit Authority’s Orange Line skirts the south side of the neighborhood, with major stop at the Pulaski Rd. Station. The many buses that serve the neighborhood make for a convenient ride from Archer Heights to The Loop and Midway Airport. For motorists, there is easy access to the neighborhood from the Stevenson and Dan Ryan Expressways.