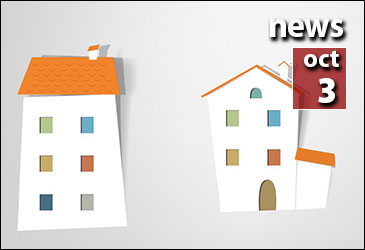 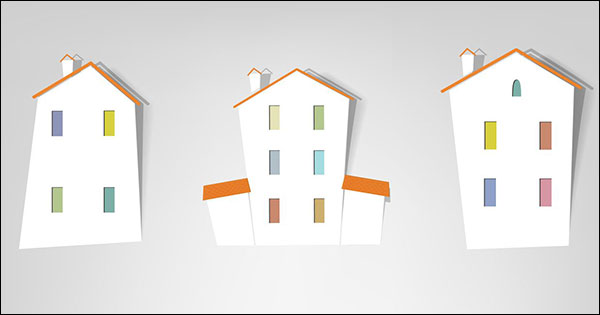 Landlords passed along hefty rent increases to tenants this summer, an indication that rising home-buying costs are helping heat up demand for apartments.

The rental increases were stronger than industry watchers expected and represent a turnaround from the past several quarters when it appeared that rent growth was slowing, reflecting falling demand for apartments as more families decided to buy homes. But as mortgage rates jumped over the summer, following big increases in home prices, the rising cost of homeownership has priced many families out of the housing market.

After listing a two-bedroom Atlanta unit for rent in July, Chad Corley received a significant number of inquiries, he said. Within a few days, three prospective tenants were vying for the unit listed at $1,600 a month. Atlanta saw its rents climb 2.9% from the prior year to an average of $809. Its vacancy rate is 6.2%.

New York City remained the nation’s most expensive market in the third quarter, with average rents climbing 2% from the prior year to an average $3,049. But cities in the West had the strongest rental growth, particularly in technology-centered cities. Seattle led the nation with a 7% rent gain when compared with a year earlier, for an average rent of $1,124; San Jose, Calif., saw rents climb 5.2% to an average of $1,686.

Some argue that rents can’t keep climbing at the current pace. In the past five years, rents have risen 7.6% nationally, according to Reis, and in excess of 10% in some markets. “You just can’t have double-digit rent growth every year or rents would be a million bucks,” said Bob Faith, founder of Greystar Real Estate Partners, a Charleston, S.C.-based company that owns and operates about 216,000 rental units nationwide.

But there’s another reason why some expect the rent increases to slow: a flood of new supply on the horizon. Some 170,000 new units could hit the country’s largest 54 metropolitan markets this year—about 120,000 have already been finished—followed by 190,000 in 2014 and 300,000 more units in 2015-16, according to Luis Mejia, director of multifamily research for CoStar Group, a real-estate data firm. “We see a lot of supply coming, no doubt about it,” he said. “But, younger people are renting longer than previous generations.…There is the notion that homeownership will come, but will come later in life, not as quickly as it was before the recession.”

Multifamily construction typically takes several years, so developers who haven’t yet broken ground are likely to be more cautious about what they’re building and where. “At this point in the apartment cycle, they need to evaluate their options” by gauging local demand and housing preferences, he said.

San Jose, New York, suburban Virginia, and Washington, D.C., each saw inventory of apartments increase by at least 0.9% during the third quarter, one of the largest since Reis began keeping track in 1980. The firm expects new supply to affect the vacancy rate, which could slowly drift upward beginning next year.

During the third quarter, the national vacancy rate—which hit 8% in the aftermath of the financial crisis—slipped to 4.2% from 4.3% in the prior quarter and 4.7% a year ago.

New Haven, Conn., and Syracuse, N.Y., had the nation’s lowest vacancy rates, 2% and 2.1%, respectively, likely buoyed by the return of college students during the third quarter, Reis said.

With few apartments available, the concessions—from free rent to gift cards—seen after the financial crisis are rare. Brokers say they’re urging would-be renters to make decisions quickly, have their checkbooks and other documents on hand and to at least offer the asking rent. “It’s not worth haggling over a few bucks,” said T.J. Rubin, managing broker of Fulton Grace Realty in Chicago.”We’ve had people lose out because they’ve hesitated and we’ve had people lose out because there are multiple offers.”

Pay Off a Student Loan or Buy a Home?