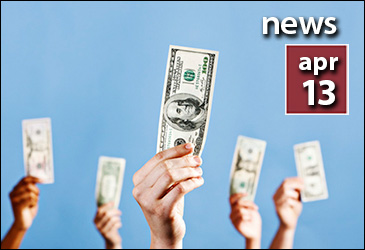 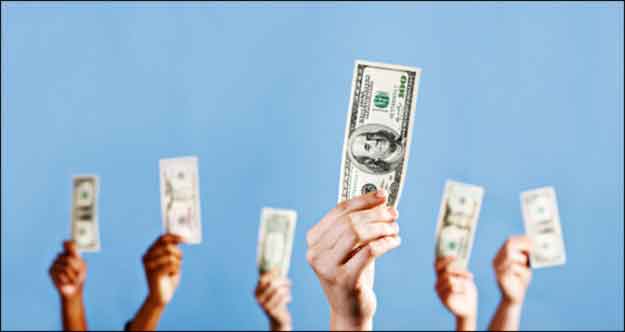 The housing industry is slowly seeing the return of buyers like Rick LeBlanc, who lost his Michigan home to foreclosure during the financial crisis but now qualifies for a mortgage again.

Mr. LeBlanc, a 46-year-old residential-construction manager, fell behind on his $1,400 monthly mortgage payments in 2007 after suffering a 20% pay cut. He had tried to sell the property before moving to Florida for a new job. With no takers, he took on renters. But with $225,000 owed on the Highland, Mich., property, he and his wife eventually lost it to foreclosure in 2008.

In the years since, Mr. LeBlanc says he was turned down for car loans and credit cards. His credit ruined, he learned to live without debt and to pay for his family’s expenses with cash.

Then last year, with the foreclosure behind him, he found himself with a near-clean credit slate. The LeBlancs were able to purchase a four-bedroom ranch in St. Augustine Beach, Fla., after borrowing just under $300,000 with a 30-year mortgage carrying a fixed interest rate of about 4.4% from Directors Financial Group, a mortgage lender and broker.

More than five million American families lost their homes to foreclosure between 2007—the year when the crisis kicked up—through the end of last year. Foreclosures and most negative credit events stay on credit reports for up to seven years. For those who lost their homes in the early years of the crisis, credit scores are improving as the black marks drop away, improving their ability to borrow again. This could have widespread implications for the U.S. economy, including a boost in demand for mortgages in the coming years.

Fair Isaac Corp., which developed the widely used FICO credit scores, estimates that there were 910,000 consumers whose credit reports showed they had foreclosure proceedings begin on their homes between October 2007 and October 2008. Of those, some 264,400 had no evidence of the event on their credit reports by last October. That number will rise by up to 645,600 by the end of this year, according to FICO.

“The dark shadow of the foreclosure crisis is finally beginning to fade,” says Mark Zandi, chief economist at Moody’s Analytics, a unit of Moody’s Corp. “That should be a positive for single-family housing and, by extension, for the broader economy.”

The end of the seven-year period can be a game changer for borrowers, who can qualify for new home loans and lower interest rates. But not all lenders are welcoming them.

After being hit with mortgage-related penalties, many large banks, such as Bank of America Corp. and J.P. Morgan Chase & Co., decided to pull back sharply on mortgage lending and put in place tough credit requirements that excluded all but the safest borrowers. The requirements, such as high credit scores and unblemished credit histories, had the effect of excluding some foreclosed-on borrowers.

Some of those banks, such as Wells Fargo & Co. and SunTrust Banks Inc., have lately said that they would start easing credit access. But meanwhile, smaller lenders, which for the most part hadn’t faced the penalties, have taken advantage of big banks’ reticence, opening the spigot to qualified but less creditworthy borrowers in an effort to gain market share. 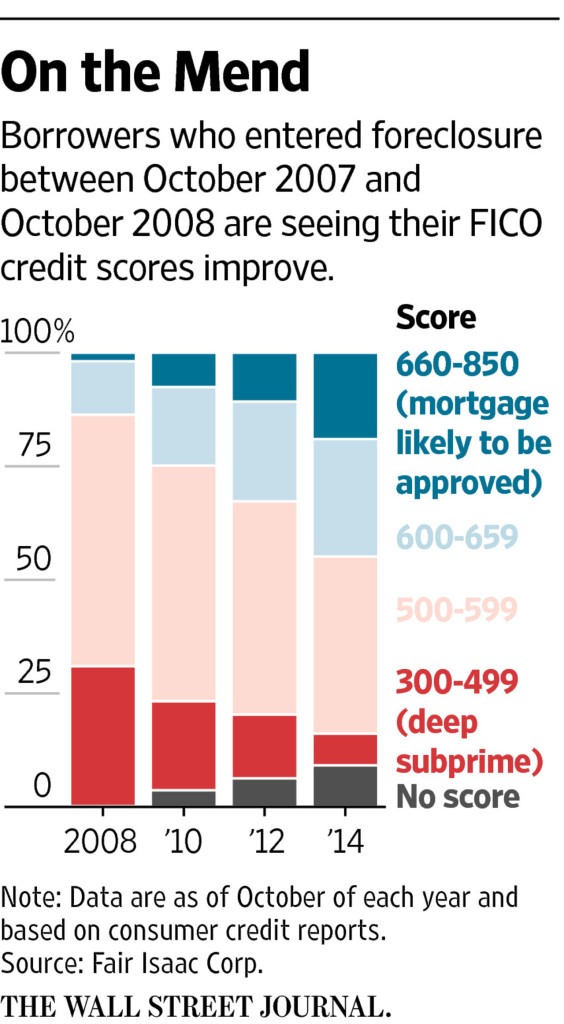 Many foreclosed-on borrowers opt for loans backed by the Federal Housing Administration, which allows such buyers to come back in as little as a year under some circumstances. But some big banks, including J.P. Morgan Chase & Co., have curtailed their FHA lending in the wake of government penalties and lawsuits related to mistakes, such as inflated borrowers’ incomes, on FHA loans.

The increase in potential mortgage applicants could give a jolt to the home-mortgage industry. Originations for home purchases declined 13% last year to $638 billion, according to the Mortgage Bankers Association, as higher interest rates and home prices damped affordability.

The declines dragged down bank earnings, which fell for the first time in five years, in part due to reduced revenue from mortgage activity, according to the Federal Deposit Insurance Corp.

“We have a large number of people who were affected by foreclosure and have been sitting in the penalty box,” says Mike Orr, director of the Center for Real Estate Theory and Practice at the W.P. Carey School of Business at Arizona State University. “This ‘boomerang buyer’ group is a pretty substantial potential demand.”

Mortgage companies have already started to see a shift. Anthony Hsieh, chief executive of loanDepot LLC, one of the biggest FHA lenders, said that one out of four of the company’s current FHA borrowers has had either a foreclosure or bankruptcy in the last seven years. Mr. Hsieh said that stringent mortgage requirements—such as relatively high credit score standards—had kept foreclosed-upon borrowers on the sidelines. But that is starting to change.

“The difference is they can actually get approved,” said Mr. Hsieh, who said that a recent lowering of mortgage fees, among other factors, are gaining traction.

FICO credit scores range from 300 to 850 and most mortgage lenders generally require at least a 620 to 660 score to approve applicants.

Their recovery occurred as the seven-year period passed and the negative information was removed from their credit reports. The score improvements suggest they kept current with other loans since foreclosing.

The three major credit reporting firms—Equifax, Experian and TransUnion—start the clock on the seven-year period from early on in the foreclosure process, from the date the lender reports the borrower as having missed the payment that eventually leads to foreclosure.

Many folks who become eligible for a mortgage still won’t qualify due to other problems on their credit report, such as late credit-card payments or delinquent auto loans, which can also drag down scores. And many foreclosed-upon borrowers remain too shellshocked to consider homeownership again. Lenders originated just 2,162 FHA mortgages in the year through September 2014 for buyers with a previous foreclosure, according to the FHA. That was up slightly from 1,808 in the same period in 2013.

And some people with improved credit can still have trouble getting a favorable response from lenders. Gerry Duva, a 61-year-old engineer in Oshkosh, Wis., managed to unload his home, on which he owed more than $180,000, in a 2013 short sale for $105,000. He had lost his job and the bank had already started foreclosure proceedings.

Mr. Duva says that he has tried six lenders, but can’t find one willing to work with him. One lender, he says, canceled his initial appointment after Mr. Duva’s real-estate agent disclosed that he had been through a short sale.

“I’ll ask, ‘You don’t even want to try to explain the special circumstances?’ and they say no, they won’t do anything with it,” says Mr. Duva, who says that his credit score is now up to about 750.

Some analysts are warning that boomerang borrowers could prompt another wave of bad loans down the road because people who have previously gone through a foreclosure are more likely to do so again, says Stu Feldstein, president at SMR Research Corp., a mortgage-research firm in Hackettstown, N.J. 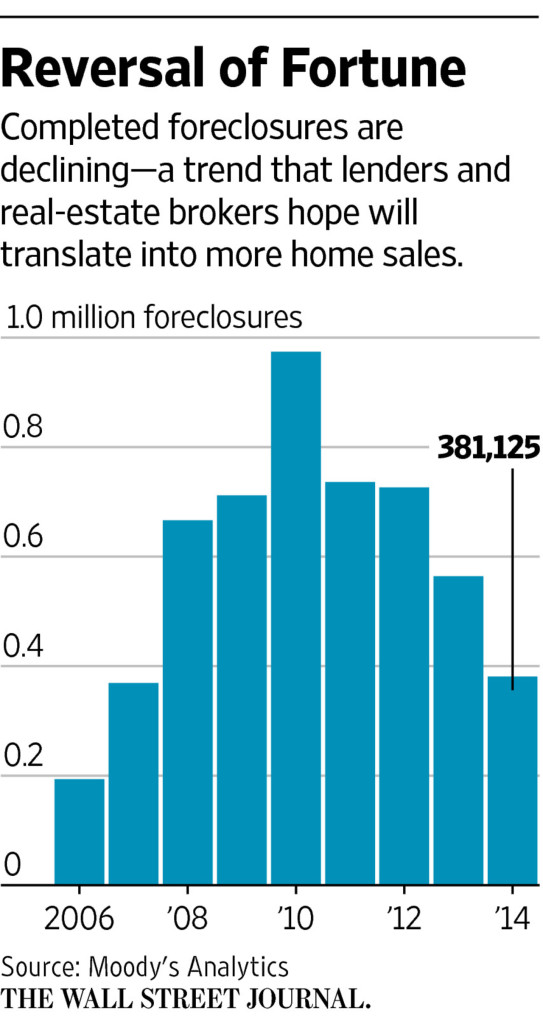 Some previously foreclosed homeowners have been able to obtain new mortgages without waiting seven years. The FHA allows borrowers who went through a full foreclosure and have repaired their credit to become eligible for an FHA-insured home loan just three years after a foreclosure is completed and even in as little as one year in rare circumstances. According to Moody’s Analytics, roughly 1.2 million previously foreclosed-upon borrowers have passed that three-year mark.

Meanwhile, Fannie Mae and Freddie Mac—which typically guarantee loans that have higher credit quality and lower costs for borrowers than those backed by the FHA—will back loans as little as two years after a short sale under certain circumstances such as job loss.

Mr. LeBlanc, who had been stretched thin while supporting two residences—the home in Michigan and a rental property he moved to in Florida—says that returning to homeownership is different this time.

He says he used to look at his house as an investment that he could buy and flip without having much skin in the game. On the Michigan property, he at one point owed nearly the entire amount that it was worth. This time around, he says he looks at his home as simply that—a place where he can stay for a long time.

“I did this for my family,” says Mr. LeBlanc. “[I’m] building a legacy and someday my kids will end up with what I own,” he says. His mortgage payment is about $2,000 a month.

Catherine and Kerry Foley were among the small number who didn’t have to wait seven years to re-enter the housing market.

The couple had defaulted on their $238,000 home loan in 2010 after Mr. Foley lost his job as a conference-services director. After the foreclosure, the Foleys hopped from one small apartment to another, ending up in a high-crime neighborhood where Ms. Foley says she was afraid to go out at night. While the experience was harrowing, the scrimping strategy helped them save money and avoid taking on new debt, which boosted their credit score to nearly 700 in just two years.

In February, the couple purchased a house in the Atlanta area for $175,000 with a 30-year, 4.1% fixed-rate FHA-backed mortgage from Fairway Independent Mortgage Corp., a lender based in Madison, Wis.

The Foleys’ new house in Atlanta is smaller than their previous home and less lavish. Although Ms. Foley says she misses the chandeliers and wood floors of their old place, the couple doesn’t plan to do any major renovations this time around. Rather, becoming homeowners again has been both a psychological balm and an important step toward stabilizing their lives.

“I don’t know that anybody is going to be financially secure in this present economy, but I feel as secure as I can be. I’ve learned to have a backup plan,” she says.