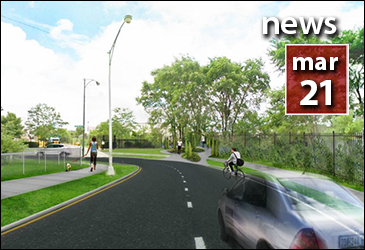 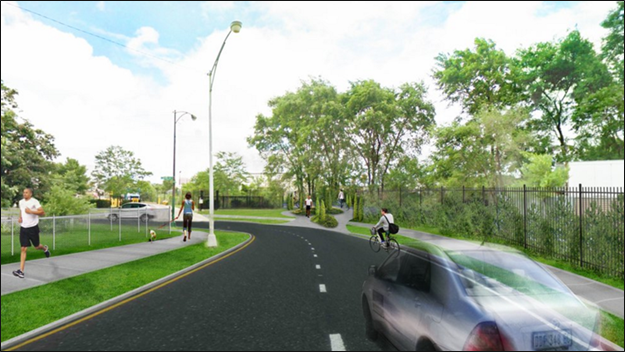 Building off the success of the elevated 606 trail, the City of Chicago has announced plans for a new at-grade recreational trail coming to the abandoned BNSF railroad route between the city’s Pilsen and Little Village neighborhoods. While the findings of an initial feasibility study were presented to the community by the Chicago Department of Transportation on Wednesday, Chicago Mayor Rahm Emanuel officially announced the project on Sunday morning. Dubbed the “Paseo,” the biking and walking path will ultimately extend 4 miles across the near west side. Work will soon begin on the first phase of the project which follows Sangamon between 16th and 21st Streets. Future phases will extend southwestward to 32nd Street and Central Park Avenue and may see construction begin as early as this fall. 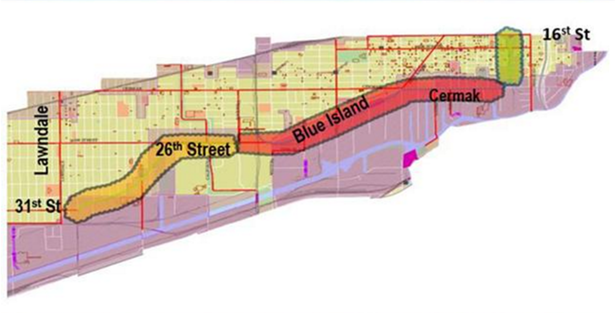 While residents are generally optimistic about what the Paseo could mean for community connectivity and beautification, some expressed concern that the project could accelerate gentrification in a neighborhood where many residents are already feeling a price squeeze. According to DNAinfo, Mayor Emanuel expressed sensitivity to this issue during his remarks on Sunday, stressing that neighborhood investment and affordability is “not an either-or situation” and touted recent affordable-rate housing developments in the area. While the cost of the new trail has not been announced pending final design approval, it’s likely to be funded through both federal and local sources — similar to the north side’s successful 606.

According to Mayor Emanuel, the new Paseo trail would see pedestrians and bikers effectively separated from one another. This comes amidst news of a larger initiative by the Chicago mayor to see cyclists and joggers finally partitioned along Chicago’s congested Lakefront Trail. While Emanuel’s vision for a widened, separated path excludes the upcoming Navy Pier flyover, details regarding future upgrades to the waterside trail between Fullerton and Ohio street as well as 31st Street to 51st Street are expected to emerge tomorrow, according to a report by the Chicago Tribune.

Classified Real Estate Is there a magic window to sell your home?
Scroll to top