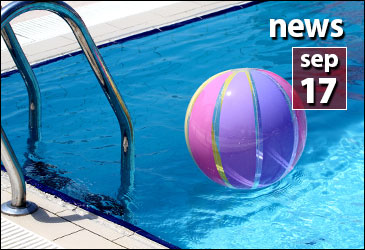 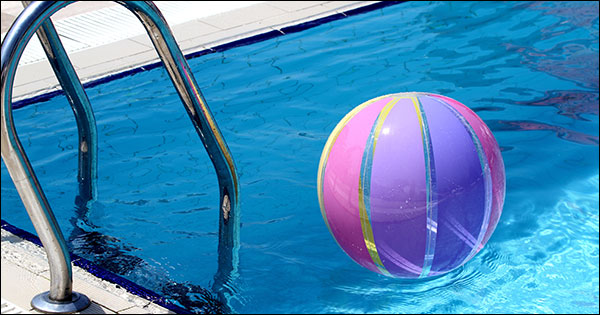 Paul Folino created the swimming pool in his Coto de Caza backyard as a mini version of a Shangri La he admired in Maui. The resort-style pool includes cascading rocks and waterfalls, a shallow lounging area, grotto, waterslide and spa. Folino, who figures he pumped about $250,000 into building the pool, didn’t care how much he’d recoup when he sold the home.

“I never designed this thinking of the actual value of the property,” said Folino, a retired executive who lives in Los Ranchos Estates. “I put this in for the family’s pleasure … even the dogs go down the slide.”

In some areas, such as Southern California, homebuyers expect to see swimming pools, and the more tricked out, the better, real estate agents say. For other homebuyers, however, a backyard pool is a turnoff. It can represent liability, a danger for children, a drain on the family budget, and, sometimes, one extra expense: having to fill it in.

Real estate agents say a pool keeps some shoppers from contemplating a house, even with the current limited supply of properties on the market.

Some homebuyers, she said, have told her: “We don’t even want to look at homes that have a pool. Don’t show them to us.”

Other buyers can be satisfied with the pools kept up by homeowner associations and don’t see the need for a private pool at their houses, agents say.

For many, pools are a personal preference rather than an expense that homeowners should expect to get back when the property is sold.

“It’s not really an investment,” said Leland Hill, owner of Associate Appraisers of America in Seal Beach. “If people put in a simple pool, it’s probably going to cost them anywhere from $45,000 to $65,000, a small pool, and I’m not talking about an infinity pool or anything like that. Once it’s there, that’s great, but they’re probably only going to get a fraction of that back in the market.”

Hill said his brother, a landscaping contractor, gets several requests a year to remove pools, charging $15,000 and up to yank them out of the ground and fill the space.

Real estate appraisers say that whether the pool is a plus or pitfall when the home is resold depends on several variables, especially if the pool is too much of a personal statement, out of style or in need of repairs.

Generally, said Ryan Lundquist, an appraiser in Sacramento, Calif., “Pools are a classic example of an over-improvement, because they cost more than the market is willing to pay for them.”

Lundquist likened the depreciating value of a swimming pool to driving a luxury car off the lot.

“People generally like pools, so it’s easy to assume they are big-ticket items,” he said. “Moreover, pools can cost quite a bit to install, so it’s understandable to think they will automatically increase value. On top of that, people have seen houses with pools sell for more.”

Lundquist, however, said he would deduct value from a house that has no pool if comparable homes in the neighborhood have them.

Folino, retired chairman of the board at Emulex, won’t get dinged for that.

Real estate broker John Evans said Folino’s lavish swimming pool is an important marketing tool for the 9,000-square-foot home, set on two acres with a barn, stables and a riding arena. The house, built in 2004, is for sale at $5.99 million.

“Most of the properties in the Estates have pools,” said Evans of The Evans Group in Coto de Caza, standing in Folino’s backyard as two of the family’s dogs frolicked in the water on a hot August day. “It’s just part of the ambiance. It’s an emotional thing. Can you imagine if it wasn’t here?”

How To Move With Your Pet
Scroll to top