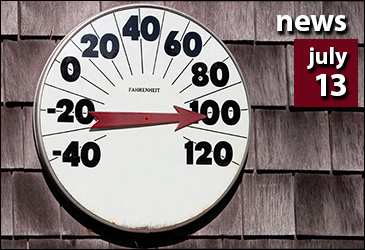 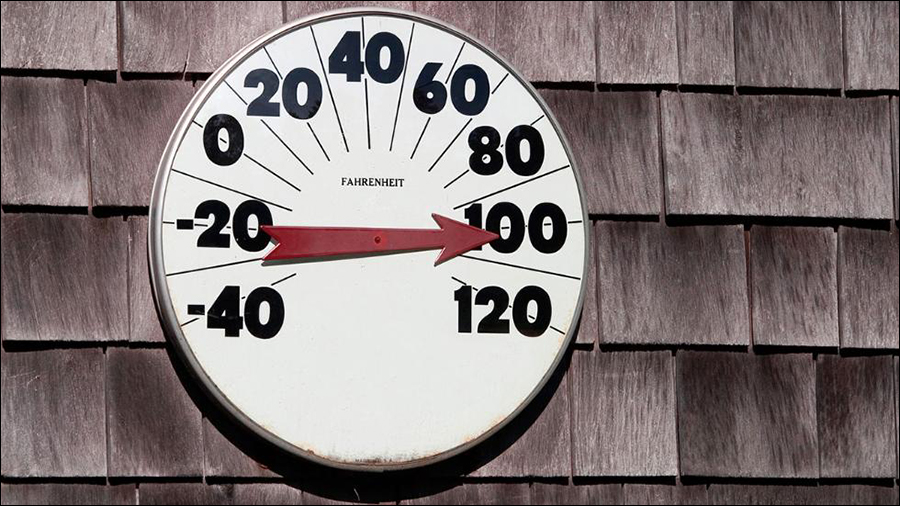 Damage from heat and humidity can be a scary thing. Unlike a storm, the damage can be done slowly over long periods of time, and you won’t know about it until it’s too late.

It’s one of those things where you can’t see it,” Les Thorpe, owner of Thorpe Construction and Management Company in Virginia Beach, Va., told weather.com. “Because you can’t walk around the inside or the outside [and notice anything] until it’s too late. All of a sudden you see mold build up on your walls.”

Not only can heat and humidity challenge the integrity of your home’s structure, but it’s outcome (think mold and mildew) can lead to health issues and possibly even termites. ” It may take a while for that to happen,” Thorpe said. “It’s a slow process, but once it starts, it’s a hard thing to really stop.”

For Thorpe, the number one space susceptible to damage from heat and humidity, look under the house at the crawl space. “There is stagnant air that seems to be trapped and doesn’t move [in the crwal space],” Thorpe said. “The humidity builds up and it starts to create issues with mold, mildew, and things of that nature.”

The newest, and most foolproof, way to protect your crawl space from humidity damge is by encapsulating it. Encapsulation goes beyond insulation and foundation vents — it is a complete covering of the foundation and ground beneath it.

“[Encapsulation uses] either a spray foam or rigid installation. Then there is a heavy plastic that gets laid down on the ground to prevent moisture from coming up from the ground. And this plastic goes up the foundation walls,” Thorpe said. “It really blocks any kind of moisture that typically would transfer from the outside to the inside.It allows a better controlled environment under the house”

After the protecting the bottom of your house from heat and humidity, it’s time to look up — all the way up. Accordin to Thorpe, many homes are not built with adequate airflow in the attic, which is troublesome in what is already one of the hottest areas in the home.

“Humidity starts to build up inside and the first thing that’s going to take a hit is probably the insulation,” he said. “Once we start breaking down the insulation, it starts to break down and it’s not really doing it’s job anymore.”

There are a few preventative measures you can take to improve how your attic handles heat and humidity. First, Thorpe recomments properly ventilating the eaves of the roof. He also suggests implementing a continuous vent system throughout the attic. The construction expert also suggests dehumidifiers to pull moisture out of the air in the attic.

But one thing he isn’t so supportive of? The attic fan. While he admits that they can do a good job at removing heat and humidity in warmer months, in cooler months they can be more of a burden. “When they’re not in use, there’s a hole in your roof and it lets cold air in,” he said. “They tend to let critters come in, they chew through the screen and get in your attic that way. The motor can burn up… It’s still a good product in some cases, but putting the vents in your roof and having the correct type of venting, is key.”

To combat this, make sure bathrooms with a shower or bath are vented outside the house and that the vent isn’t bringing outside air into the home. This kind of duct work can be faulty if not properly installed.

“If there’s isn’t proper drainage between [the interior and exterior of the home], they have the tendency to trap water. It can’t go down the wall, so it gets trapped,” he said. “Moisture starts to build up and you get the temperature from the inside of the house trying to go outside the house and the outside coming in. It gets trapped and stuck between the walls.”

Just like windows and doors, plumbing can lead to damage from heat and humidity if not sealed properly.

“Where plumbing is, wherever plumbing may exit the house, a lot of times the application of a sealant around the pipes might not have been done well or over the years people are not looking around their house and making sure the caulking or foam applied is inadequate,” Thorpe said. “People tend to forget about that. There’s another transfer of outside air going inside and vice versa.”

By just taking the time to have a plumber evaluate the caulking, or touching it up yourself over the years, can prevent damage.