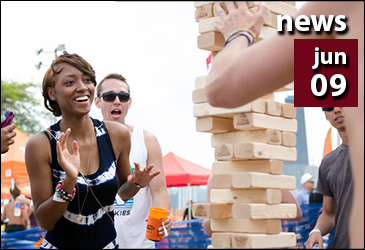 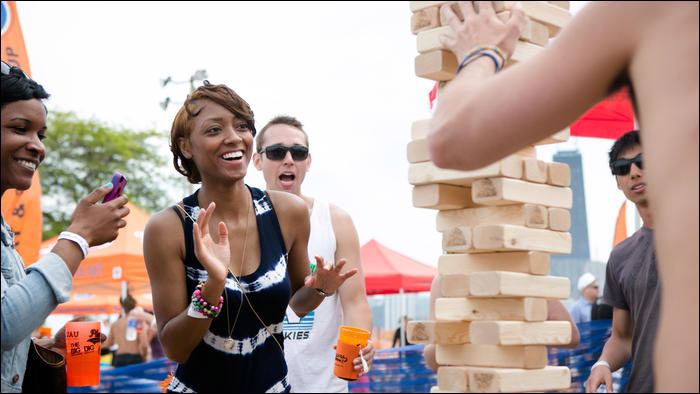 From biking in the nude at the World Naked Bike Ride to getting sandy at a North Avenue Beach party, here’s what we’re up to this weekend.

Get your nose in a book at the Chicago Tribune Printers Row Lit Fest this weekend, June 10-11. Considered the largest free outdoor literary event in the Midwest, the two-day showcase will feature a slew of literary workshops, demos, author panels and discussions, poetry readings, a Lil’ Lit Park for the kiddos and book signings. Head to Chicago’s historic former bookmaking hub, Printers Row, for your weekend lit fix. The events are free, but you can purchase a fest pass for $50, which includes advance-ticketing access, express book signings and a one-year Chicago Tribune digital subscription. Tickets: printersrowlitfest.org

Bare it all (or not) at the World Naked Bike Ride this Saturday, June 10. The annual clothing-optional bike ride helps promote positive body images and raises awareness about people-powered transport. Check-in for the scantily clad ride begins at 6 p.m. in the West Loop and runs from 8-11 p.m. Specific route details are announced the day of the event. From body paint to underwear to your birthday suit, put your pedals to the pavement with thousands of other Chicagoans for a good cause. Free. Details: chicagonakedride.com

Fill up your fanny pack for a weekend of EDM beats at Spring Awakening Music Festival, happening June 9-11. Head to Addams/Medill Park (1301 W. 14th St. 312-746-5086) to dance the day away to the music of the worlds’ top DJs. Whether you’re into techno, dubstep, house music or EDM, you’ll find what you’re looking for at Spring Awakening. Headlining acts for the three-day fest include Armin van Buuren, Datisk, Diplo and Alesso. Single day general admission ranges $79-$99, but 3-day passes are sold out. Tickets: springawakeningfestival.com

Settle into summer with a shoreline party at North Avenue Beach (1600 N. Lake Shore Drive 773-363-2225) this Saturday, June 10. Feel the sand between your toes at the fifth annual Beach Slap Volleyball Tournament & Beach Party, happening from 11 a.m.-5 p.m., and enjoy the skyline views from one of Chicago’s most popular shores. Your wristband for the event includes six drink tickets (valid for Bud Light), access to sponsor tents, beach games like giant Jenga and life-sized beer pong, contests and a DJ. Admission is $10-$30, and you must be 21 to enter. Tickets: eventbrite.com

If you want to get out of the sun, sit in the dark and watch Tom Cruise battle evil in his umpteenth action-packed film—”The Mummy.” The loose remake of the 1999 original, which starred Rachel Weisz and Brendan Fraser, hits theaters Friday, June 9. Cruise plays Nick Morton, a soldier who accidentally unearths an evil, entombed Egyptian princess and must stop the resurrected monster before her furious rampage leaves London in ruins. There will sadly be no Fraser cameo.